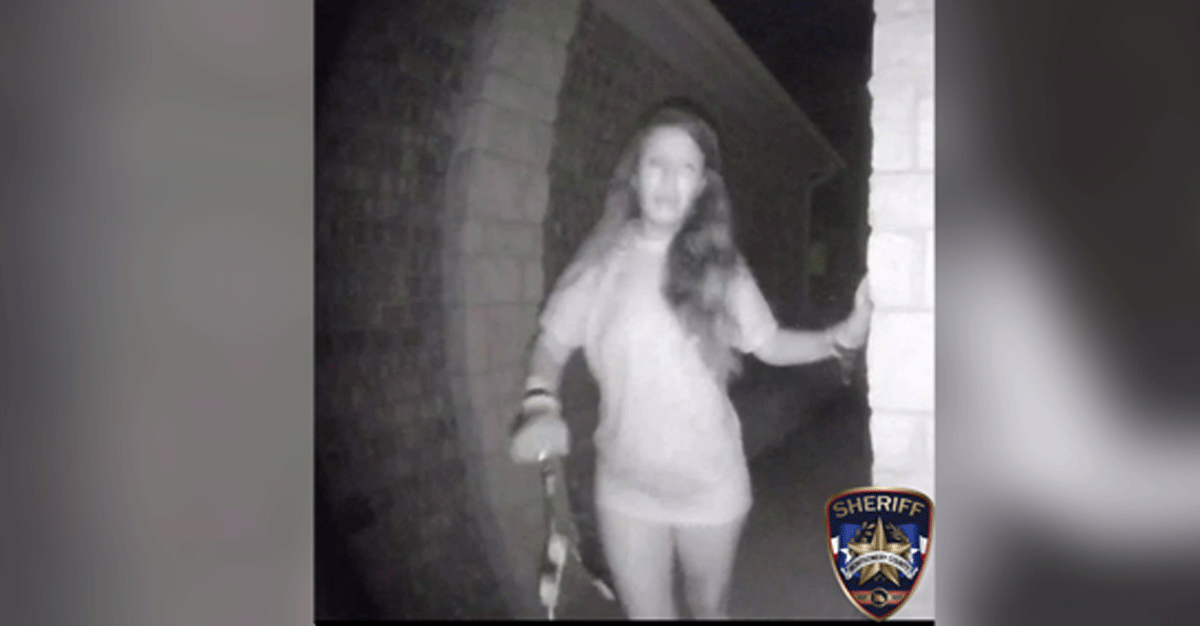 The Montgomery County Sheriff’s Office have provided an update on the case of the wandering woman captured on multiple residents’ doorbell cameras. Here is the live video, with the full story below.

On August 29th 2018 at about 11 a.m. the Montgomery County Sheriff’s Office received a welfare check call in the 18400 block of Sunrise Pines in the Sunrise Ranch subdivision. Deputies received information a male made suicidal comments. When deputies arrived on scene they could not get an answer at the door and due to the circumstances made forced entry into the home. A man was found deceased inside the home. The male was identified as a 49 year old white male. They preliminary cause of death is believed to be a single gunshot wound. The deceased’s girlfriend a 32 year old white female, who was not on scene when deputies arrived, is confirmed to be the female in the doorbell ring video. Due to the female’s status as a family violence victim, the female’s identity can not be released at this time. The female is confirmed to be safe and with family. The investigation will continue.

The female that we have all been looking for has been identified and is safe. She is currently outside Montgomery County and our investigators will be meeting with her to continue the investigation.

MONTGOMERY, Texas (AP) — Authorities in Texas are trying to find a woman who was captured on video ringing a doorbell in the middle of the night. It happened early Friday in Montgomery when a resident shared the video with the sheriff’s office. The video shows a barefoot young woman wearing a T-shirt and what could be broken restraints around her wrists. The woman was gone before the resident got to the door.

Per a tweet, the sheriff’s office is sharing the following photos and information.

The @MCTXSheriff is investigating the suspicious incident that occurred in Montgomery, TX. Please share this post so it can be monitored by law enforcement. If you have any info regarding this or if you know the woman or if [you] are the woman in the pictures please contact us.

Added some filter to try and see her features better. Praying she is found safe. pic.twitter.com/GydjDU2isI

The sheriff’s office says it has received numerous reports that the woman is a missing person. However, authorities have not verified that.