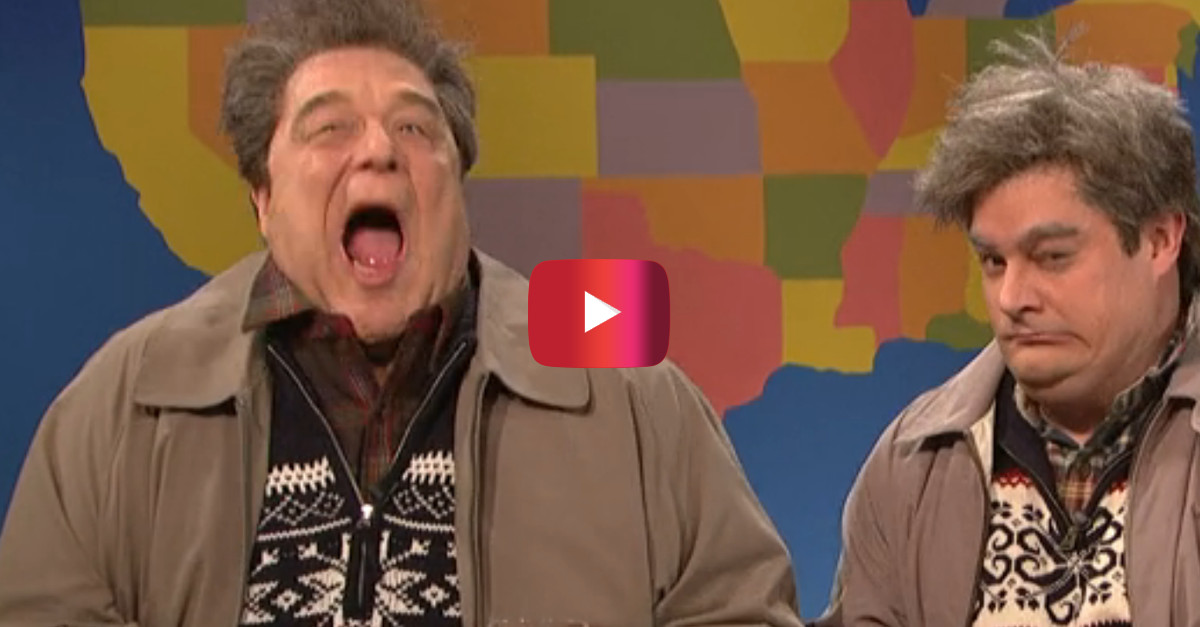 During a 2013 holiday episode of “Saturday Night Live,” Bobby Moynihan brought out his “Drunk Uncle” character to ruminate about the ups and downs of the holiday season.

Drunk Uncle has problems with the youth of America, and expresses this through a series of quips that brought the crowd into hysterics.

“Is this tinsel grass-fed?” Drunk Uncle guesses the young people would ask.

“Can you put some quinoa in my spin class?”

Before the sketch was over, Drunk Uncle was joined by his uncle, Drunker Uncle, played to perfection by John Goodman. Drunker Uncle took the limits of Drunk Uncle’s offensive humor to new heights, and the audience wasn’t ready for it.

“All I want for Christmas…is for my neighbors not to be Chinese,” Goodman’s character jokes.

Though some of the jokes may offend, most people will not be prepared to tackle their own drunk uncle this holiday season.