On Monday night’s episode of “The Late Late Show with James Corden,” the host and his guests received a standing ovation, but it wasn’t because they announced a new show or kissed — the applause was for something much, much better.

Corden hosted actor Ben Platt, actress Abigail Spencer and composer Tim Minchin. Minchin gained widespread fame for his musical “Matilda,” whose song “When I Grow Up” was stuck in the heads of just about everybody who saw the show. Corden decided to capitalize on his guest’s hit tune by putting a political spin on it.

The often eccentric Minchin portrayed President Trump, belting out lines like, “I will be president and build big walls, ban Muslims, play with Putin’s balls.”

Platt, who played Sean Spicer, definitely had some hilarious moments as well with lines like, “I’ll be press secretary of this land, then lie about sizes of crowds and hands, ignore climate change until earth is blown up.” 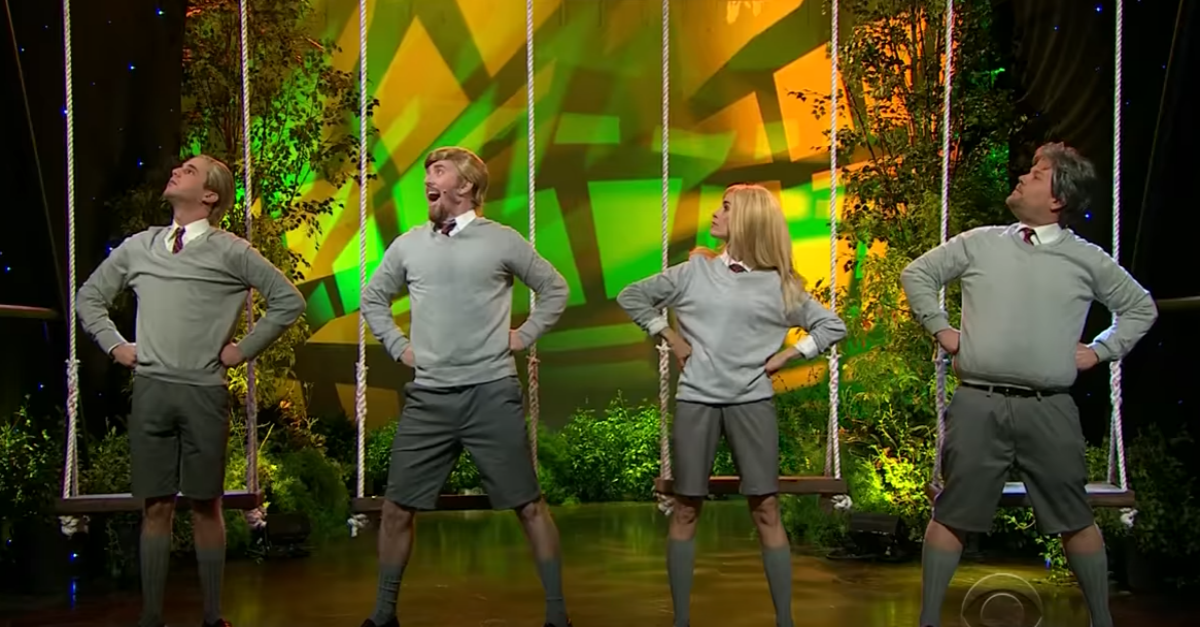