Menu
Follow us
Search
Menu
Search
Patton Oswalt poses in the press room with the award for best comedy album for "Talking for Clapping" at the 59th annual Grammy Awards at the Staples Center on Sunday, Feb. 12, 2017, in Los Angeles. (Photo by Chris Pizzello/Invision/AP)

Comedian Patton Oswalt is no fan of President Trump, and while his day job is performing comedy, acting and writing screenplays, he’s also made quite a name for himself as a prolific Trump-troll. Almost daily, Oswalt reaches out to his 3.5 million followers to blast the president.

On Tuesday night, Donald Trump gave a speech to the members of Congress, and while a lot of analysts have declared the speech as the first appearance of “presidential Trump,” Patton wasn’t having it. In fact, he started right off-the-bat with the jokes.

The President's Cabinet walking out to Whodini's "The Freaks Come Out At Night." #JointAddress

He also realized rather quickly that drinking games during a joint session speech are not a wise idea, since members of the House will applaud absolutely anything.

"250 years ago America was a wilderness full of frightened, violent lunatics. We have 9 years to return it to that state." #JointAddress

Trump’s policy outlines were a bit vague, and, of course, Patton bit.

He's going to do stuff to fix things! This detail-heavy wonk is impossible for me to follow! #JointAddress

Patton (and many other comics and actors) take a special joy from labeling Trump a “draft-dodger,” and a lot of them were a bit taken aback when he honored the wife of a fallen Navy SEAL despite having dodged the blame for his death only hours earlier during a Fox interview.

I cannot STAND draft-dodgers sending men to their deaths and then exploiting the grieving aftermath. Fuck you, Donald. #JointAddress

And, unsurprisingly, he ended his Twitter-storm exactly the way you expected. 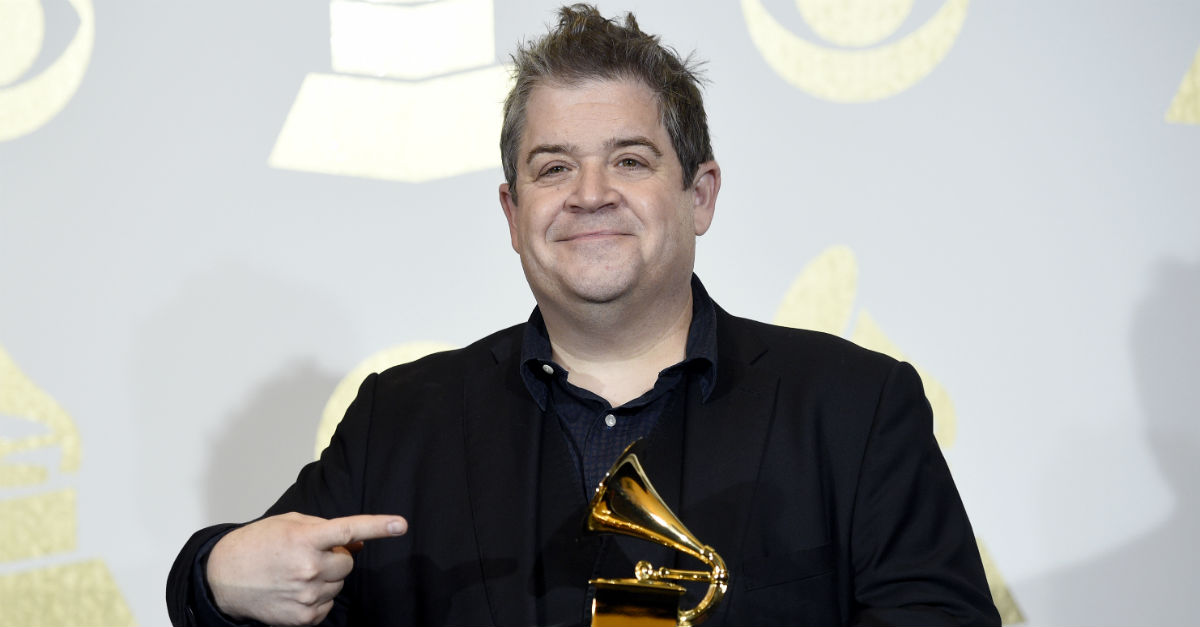