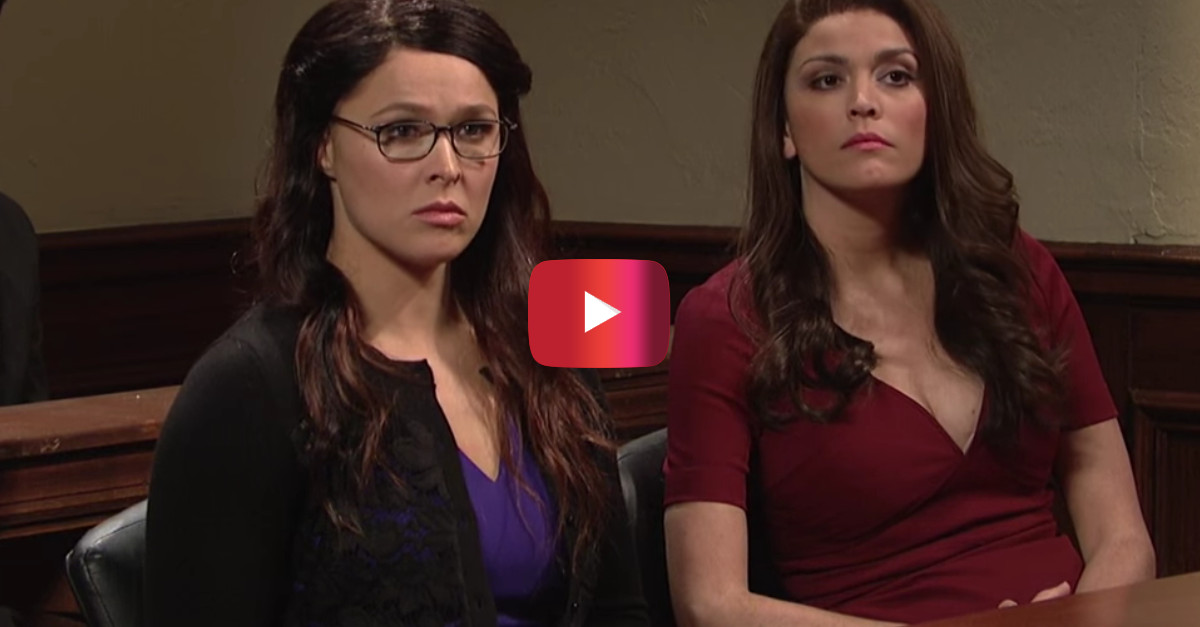 Saturday Night Live?s Pete Davidson is hot for teacher in this hilarious sketch, only that teacher is MMA knockout Ronda Rousey who made her debut hosting appearance this Saturday. ?Teacher Trial? is just about perfect from the opening moments, where the audience is informed that HLN stands for Headline News, and that, ?headline counts for two letters.?

?Three?s a Crime: The Janet Johnson-Luna and Kara Torkelson Civil Trial? includes all of the makings of a real world school-sex scandal: the punny name for the trial, the teachers involved having somewhat ridiculous names and a teenager who really doesn?t see what they did wrong.

But when that teenager is SNL?s Davidson, of course everyone from his peers to the judge are going to agree with him. Be sure to stay for the last minute or two. The names Davidson?s peers had for him especially stand out (including ?Three?s Humpany? and ?Diary of a Pimpy Kid?) and each reaction from Judge Kenan Thompson is about as funny as it gets.