Divers Get Pooped on by Great White Shark 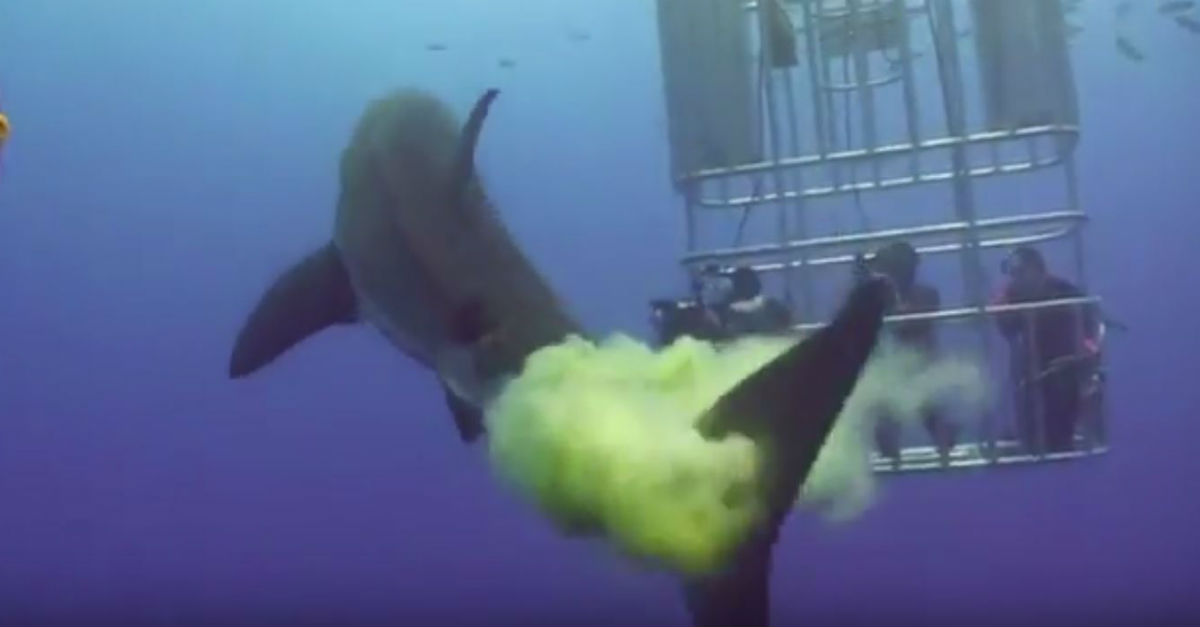 When diving with great white sharks, most of us would just be worried about coming back up to the surface with all of our limbs and fingers and toes intact. Getting a face full of hot shark diarrhea, on the other hand, probably wouldn’t come to mind, but that’s exactly what happened to a few divers in this video.

After the shark leaves its mark, a number of smaller fish swim through for a bite, proving that, while nature can be majestic, there are plenty of occasions when it proves that life is, by and large, really really gross.

According to the Shark Week website, shark poop “contains enough useful carbon for smaller animals to make a meal of it.”

Hilariously, after the shark leaves the cloud of poop, one of the divers screams a muffled, “Oh my God!”

The Discovery Channel website also notes that a lot of our knowledge about ancient sharks comes from fossilized shark dung.

Though they don’t say, I like to pretend that the people in this video aren’t marine biologists on their nine to five grind, so to speak, but rather people who paid a whole lot of money to go diving with great white sharks only to have the green apple splatters of an apex predator completely ruin their vacation. How can you enjoy any fancy beachside meal knowing you drank shark shit? You can’t. You can’t have oysters or a seafood bake — and there isn’t enough scotch in the world to wash that taste out of your mouth or that memory from your brain.

So please, God, let this have been one of those annoying couples who drop tons of money on adventures and then post about it, acting like they weren’t in a more or less controlled environment. But really, they weren’t in that controlled of an environment were they? Otherwise they probably would’ve canceled the poo shower.

Watch: Man Bitten in the Face by Gator While Trying to Retrieve Frisbee from Lake