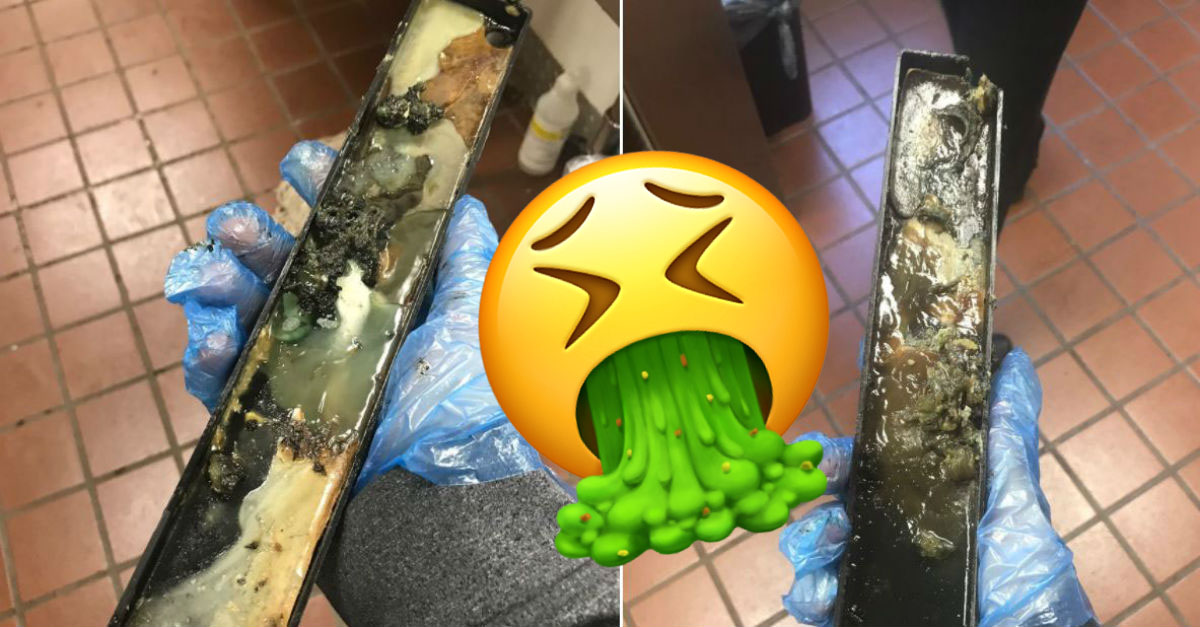 Most of us figure that gross things are happening in the kitchens of our favorite restaurants, but we have adopted the policy that as long as we don’t know about it, then it doesn’t matter. The recipes and cleanliness of fast food restaurants will have any consumer chanting, ‘Ignorance is bliss.’ And why not? Why should we ruin our favorite guilty pleasures by knowing about “what ingredients are used” or “when exactly the last time anyone handling the food washed themselves or the equipment they’re using?” We’re here to eat a burger, dammit. That’s never been a clean affair anyway.

So it was doubly disturbing when one McDonald’s worker uploaded a picture of the insides of the ice cream machine.

This came out of McDonald's ice cream machine in case y'all were wondering… pic.twitter.com/DTXXpzE7Ce

Nick, who works under the golden arches in Louisiana, wrote that this terrifying gunk you’re seeing actually came out of the ice cream machine. He later explained that the machine works perfectly fine with this gunk inside, which would seem to imply that the good(?) people who work at McDonald’s aren’t all that concerned with removing this toxic sludge from the McFlurry machine. Maybe, it’s the gunk that gives the McFlurry that extra flavor?

But Nick didn’t stop there; he also uploaded pictures of the grimy floor and machines dripping some sort of sludge.

Come on McDonald’s. There are a great many things we ignore about you but this is a pile of unspeakable filth too far.

The former employee explained that he got fired from the fast-food restaurant, and that he planned this as retribution for his firing, as he was about to start a new job. McDonald’s has not responded to the images of the food nightmare horror show inside their stores. Perhaps they also have decided that if no one addresses the bad things, they don’t exist.

This story was originally published July 25, 2017.