There are probably hundreds of sociology books written about why the younger generations decide to dash all future plans and venture off to a club where they waste no time in getting absolutely hammered. But one Facebook user’s video explains the phenomenon in the simplest and most hilarious way.

RELATED: As his unsuspecting girlfriend was singing in the shower, he was preparing to prank her four times over

Facebook comedian Cian Twomey has over five million followers and his videos with titles like “when you try to work out” routinely go viral. But, his newest video is probably our favorite. The clip features Twomey (in a dress with smeared lipstick) prancing into the apartment after a night out and digging through the refrigerator for some whipped cream before finding his way to the bathroom and finally the bedroom.

RELATED: She told her boyfriend not to touch it, but he didn’t listen and the revenge was instant 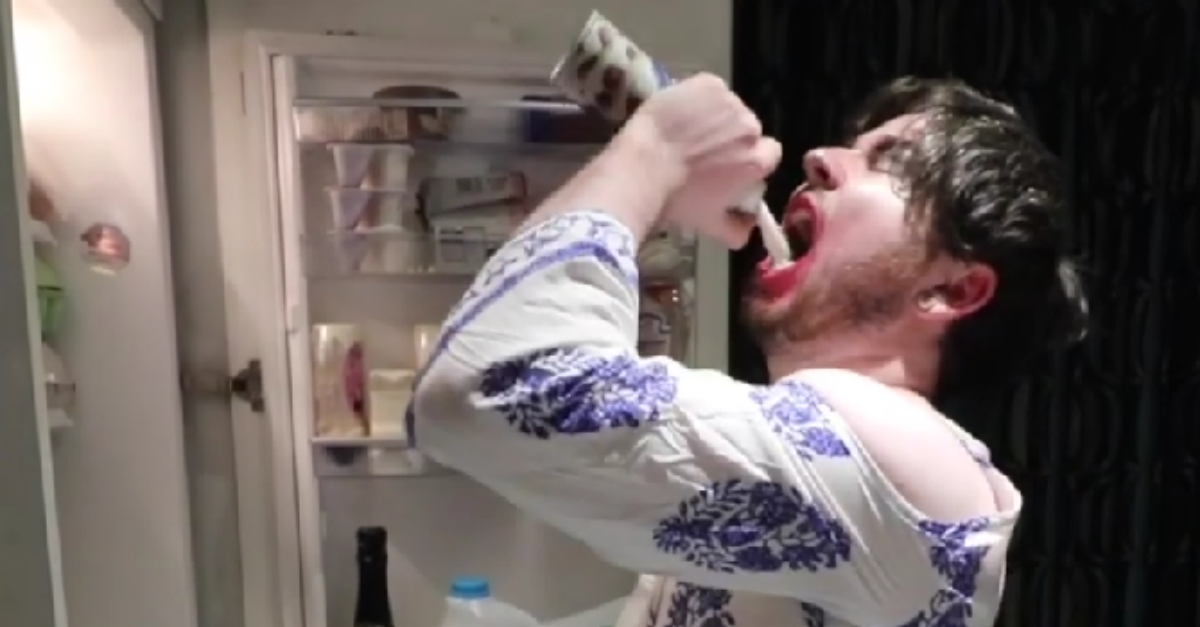