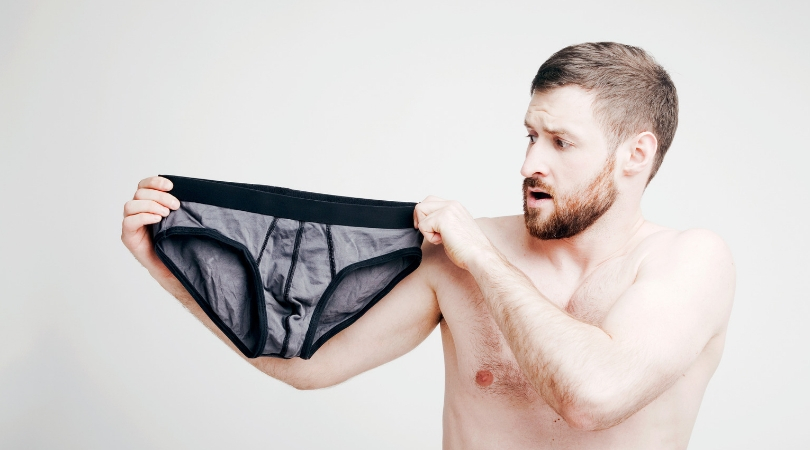 Hey America, y’all are nasty! A new survey conducted by Tommy John, an online underwear brands, revealed that 45 percent of Americans wear the same pair of underwear for two days or more! Yuck, yuck, yuck! The company allegedly conducted the survey to 2,000 men and women to see how long people keep their underwear for.

According to Tommy John underwear, 32 percent of Americans aren’t sure how long they’ve had their oldest pair of underwear. The company found that there were 2.5 times more likely than women to wear the same underwear for a week or more, which is totally expected. I’ve seen men wear the same jeans for 4 days in a row, so yeah, I totally believe Tommy John.

The company also found that 46 percent of American have owned the same pair of underwear for one year or more. Just over half of those survey said they change their underwear every day, which should be more than half if you ask me. It’s called bodily fluids and germs, people.

Let’s get personal here – how often do you change your underwear?? A study from Tommy John’s says 45% of people surveyed go 2 days or LONGER before changing. 😬 Men: more likely to go more than a week in the same pair. @wkyc @holliesmiles @AustinLoveTV @DaniWKYC @MONROEWKYC pic.twitter.com/6PRpz9pCsj

Now, I don’t have to tell you why this whole study is absolutely disgusting and just plain wrong. I mean, it’s just gross! Everyone knows that you should swap out your old underwear for a pair of new ones every six months to a year. According to Tommy John, clean underwear can contain up to 10,000 living bacteria even after being washed, so imagine an old pair. Over time, that underwear accumulates “various types of problematic microorganisms and fungal germs” as well as bacterial infections. Which can then increase your susceptible to illnesses like urinary tract infections and yeast infections.

So, whether or not this survey is actually true or not, it just makes you question how dirty some people can actually be. The bottom line here is…change your freaking underwear every day! It’s not just hurting your health, but those around you, because you never know what you might carry under your pants. Gross. Buy a new pair asap.