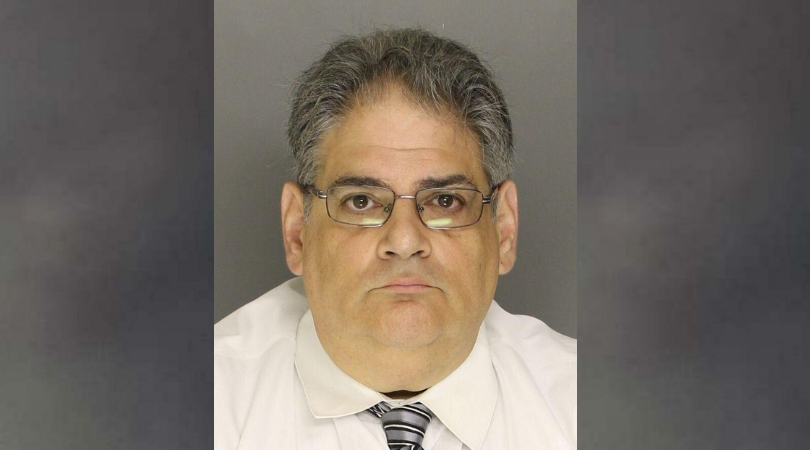 Here we have it, another weird doctor using his medical practice for gross things. A Norristown doctor, who prosecutors say violated ethical standards, of course, has admitted to prescribing drugs including Oxycodone to addicted female patients in exchange for nude pictures and other sexual favors.

57-year-old Joseph F. Cipriano, plead guilty in Montgomery County court to felony charges of corrupt organizations and unlawful prescribing of medications in connection with incidents occurring between January 2013 and April 2018. The doctor clearly violated the Hippocratic Oath, which makes you question how this man wasn’t reported during those 5 years, especially with the opioid epidemic crisis and drug overdoses being at a high.

Judge William R. Carpenter deferred sentencing until later this year permitting Cipriano to remain free on $200,000 bail pending the sentencing hearing. Cipriano, who is from Williams Way West Norriton, is facing a possible maximum sentence of 32 1/2 to 65 years in prison on the charges. However, state sentencing guidelines could possibly allow for a lesser sentence.

But, the former doctors did surrender his medical license to authorities after he was arrested last year. With a corrupt organization charge, prosecutors allege Cipriano engaged in a pattern of racketeering, including charging Medicaid for several office visits to patients who were at the time incarcerated and unable to make office visits. According to prosecutors, the doctor prescribed tens of thousands of opioid prescriptions to women during the five-years. He has been practicing medicine since 1991 and was licensed to prescribe medication to treat addicted patients.

“How can I be addicted? I get these from my doctor.” To help end the #opioid overdose epidemic, @CDCInjury is sharing real stories of people whose lives have been impacted by prescription opioids. Get more info here: https://t.co/sh1PQpT7qI #RxSummit2019 pic.twitter.com/MzzUN5Nfzo

The man was accused of prescribing drugs that are often abused including Adderall, Oxycodone, Benzodiazepines and Promethazine cough syrup. Patients revealed that they would contact Cipriano through various social media platforms and request drugs. He would issue the illegal prescriptions electronically or leave them in the mailbox at his medical office.

When questioned by law enforcement officers, Cipriano obviously admitted to filling a female patients drug dependence in exchange for sexual needs, and engaging an inappropriate relationship with other female patients “that is of a sexual nature.? Inappropriate contact allegedly included groping and kissing and other sexual activities. Detectives also uncovered the man’s manipulation of young female patients to fulfill their drug dependency through the exchange of sexually explicit nude photos and videos in exchange and had more than one physical sexual relationship with patients.