The Angel Oak Tree on South Carolina’s largest island, John’s Island, is the oldest tree east of the Mississippi River and is one of the oldest living things in the United States. This behemoth of a tree resides near Charleston, South Carolina and the Angel Oak Tree is a Southern Live Oak, or Quercus Virginiana. It’s so large (65 feet high and 28 feet in circumference) that it has its own address, 3688 Angel Oak Road, in its own park, Angel Oak Park. In addition to its stretched height, it’s a sprawling 2,000 square feet of shade from its tree-sized branches.

The Angel Oak once belonged on the property of Justus Angel and his wife Martha Waight Tucker Angel. The land was originally granted to Abraham Waight, a wealthy plantation owner, in 1717. The tree was named after the estate on which it stood and soon, other folklore. Because the land was a plantation, tales of the ghosts of slaves appearing around the tree as angels at night began to grow and so the tree became “Angel”. The land and tree remained in the Angel family for four generations. Later, it was included as part of the marriage agreement between Justus Angel and Martha Waight Tucker.

Since 1991, however, the City of Charleston has come to own the property that the tree occupies. This is probably why people often search for ‘Angel Oak, Charleston, South Carolina’, even though the city and the park are about 12 miles apart. Since the tree is owned by the city, the park is free to all visitors and like any good park, Angel Oak has picnic areas for people to enjoy during their visit, as well as a gift shop.

Over the years, the tree has survived many storms and endangerments. In 1989, Hurricane Hugo caused serious damage, but it has since recovered. The most recent threat was the 2012 deforestation threat in the surrounding area for an apartment complex that would compromise the Angel Oak site, ending about 160 yards from where the tree is. While the tree itself wouldn’t have been harmed, the forestland around the tree is providing shelter for its elaborate root system and allows for protection of the tree’s ecosystem, moisture, as well as nutrients in the soil for the tree. Thankfully, the complex was denied and the tree and 17 acres adjacent to the tree are protected, a movement initiated by several land conservation groups. 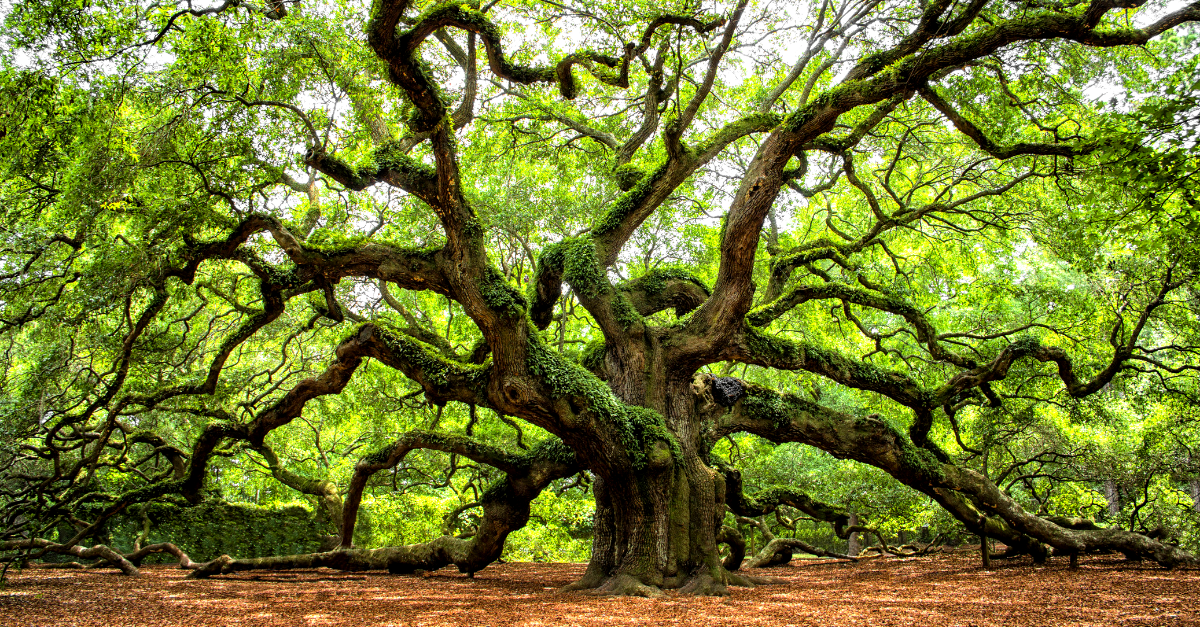