The Ellensburg Blue Agate: Where to Find the World’s 3rd Rarest Gemstone 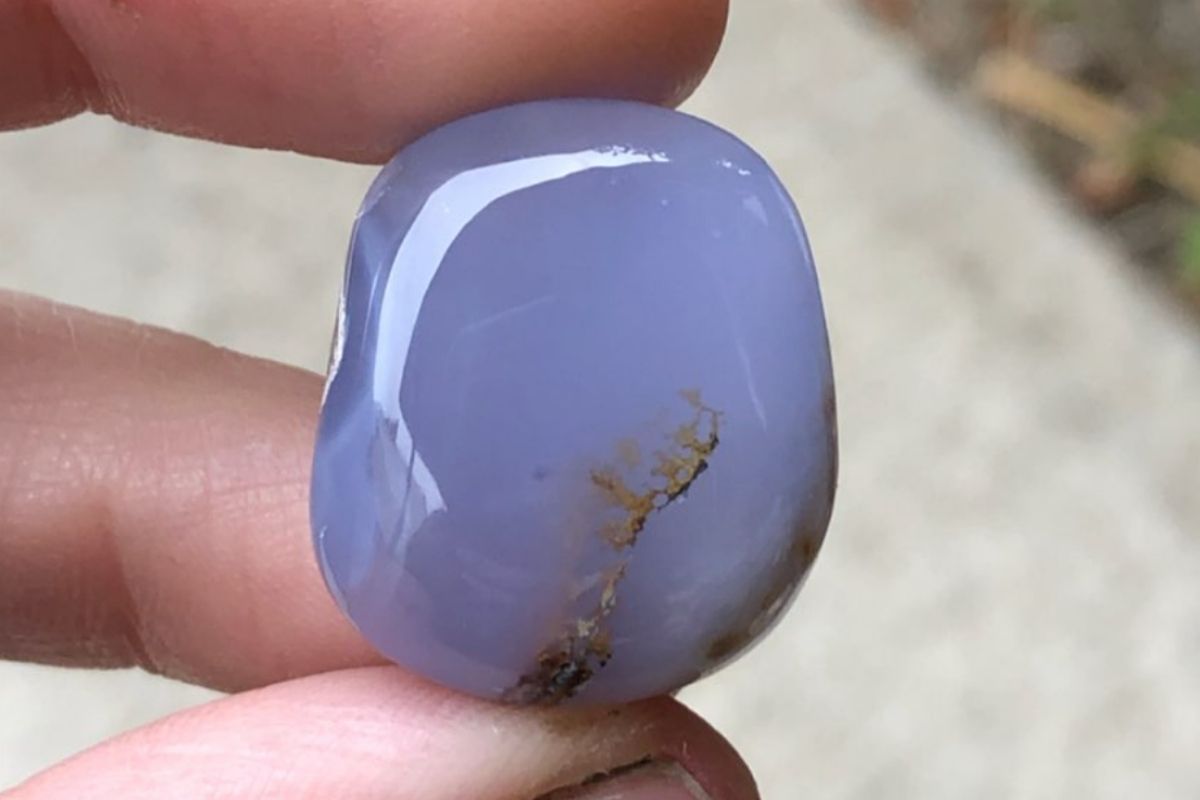 The Ellensburg Blue is one of the rarest gems in the world. Also referred to as “E-blue”, the Ellensburg Blue Agates are the third rarest gemstones in the world and composed of layers of blue chalcedony. The formation of these beautiful Ellensburg Blue geodes dates back to millions of years ago. What is unique about this gem, is their beautiful blue sky color. Many believe that they got the color flowing through lave beds in the Kittitas Valley, where you can also find arrowheads, a million years ago, which made light blue agate beds. Researchers also believe that the blue color comes from refracted light from tiny particles in the stone, which is similar to why the sky is blue itself. Unfortunately, this precious gem is both limited in quantity and can only be found in certain locales.

Ellensburg Blue and Where To Find It

43 trace elements are responsible for up the gem’s color and its toughness. These gems, ranging in color from sky blue to cornflower blue, are sought after by both jewelers, lapidaries, and jewelry lovers alike. They are also found mostly in central Washington State, in cities such as Cle Elum. And now, in fact, a bill has been passed for the Ellensburg Blue Agate to replace petrified wood as Washington’s new official state gem.

Unfortunately, the specific spot in an eastern Washington town is mostly privately owned property. Seeing as according to a local legend, the Native American tribes that originally inhabited the land treasured the blue stones so much that only the highest persons in the tribe (the chiefs) were allowed to wear them, it isn’t all that surprising that the bluestones are on private property, really!

One of the properties is a 200 plus acre Rock ‘n Tomahawk Ranch, owned by Bernice Best on Upper Green Canyon Road. You can look for the rare stone your own rockhound collection, by appointment. Rumor has it that every year in the springtime after the snow melts, some lucky rock hunters rockhounding, find some of the blue agates. Which is a lucky find, if you ask me!

Many people walk away empty-handed when rock hunting for the blue agates. Bernice Best, herself, didn’t find her first gemstone for four years- and it was completely on accident! This is because, at the first discovery of the gemstones, the stone beds were depleted by the early 1940s. Still, if you’re up for it, five dollars can pretty much get you all the blues you can find. You can make a reservation to Rock n’ Tomahawk Ranch by calling (509) 962-2403.

Tips for Rock Hunting for The “E-Blues”

If you’re not up for spending a whole day in the sun, and rather just stay in air conditioning and viewing the beautiful gemstone at your own time, you can also go to the Kittitas County Historical Museum. The museum has a large collection of the stones ranging from the size of a thumbnail to those that could “double as a bookend.” According to the Museum director, Sadie Thayer, they have been collecting the gems since 1961, so yes, they have pretty much very size, shape, and color at their exhibit.

Editor’s note: This article was originally published on September 10, 2019.