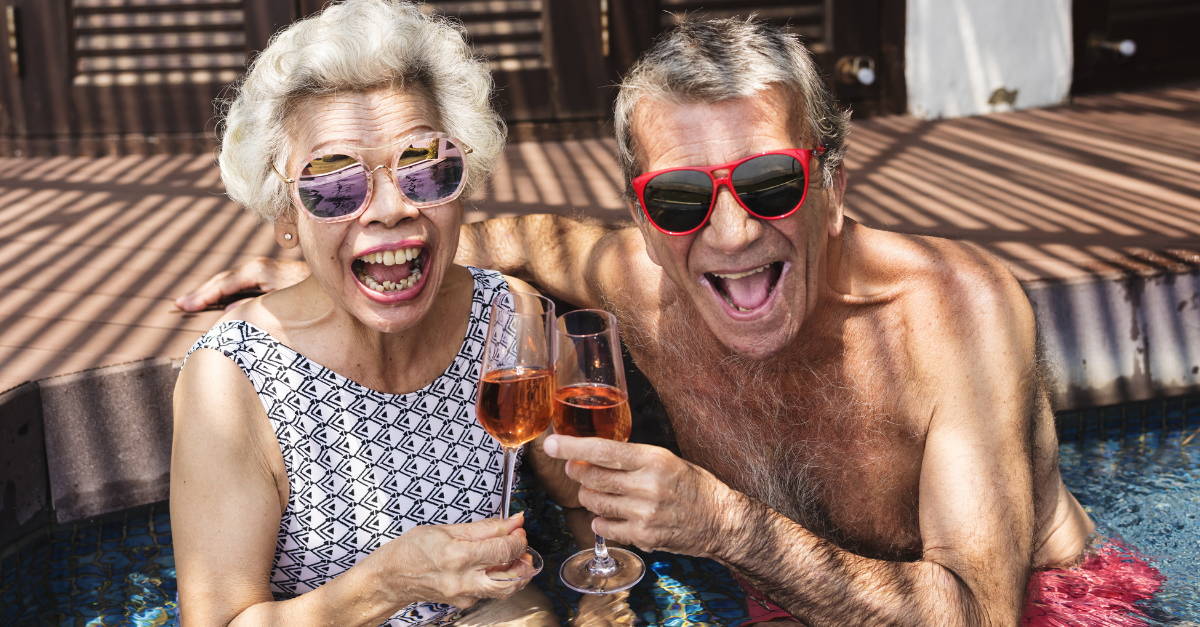 The state of Florida pulls a variation of crowds and is loved as a vacation spot to many for the beachfront views. Opposite to Spring Break, Disney, and Swim Week, there is a whole other demographic partying just as hard…in a slightly different manner. Enter the 55+ demographic in Lake, Marion, and Sumter counties living that good life at The Villages.

The Villages is the retirement community to be apart of, seems like, hands down in America. The Villages, self proclaimed as Florida’s friendliest retirement hometown is just about 60-90 minutes out from Orlando in Central Florida. The Villages is home to a lively 55 and over community of a strong 123,966 people and 49,362 households. This golf cart-driving community resides in non-jobholding bliss.

The dream of Harold Schwartz and business parter Gary Morse, The Villages community had very humble beginnings originally called Orange Blossom Gardens. Years and expansions later, it’s become the retirement dreamland he always envisioned it to be. The active adult community has since won several awards. Forbes Magazine has twice listed The Villages, Florida as one of The 25 Best Places To Retire in the United States.

Florida’s friendliest hometown makes it easy for anyone considering joining the community. You can hunt with a Villages realtor for a new home, tour the grounds and even stay a few nights in the community before you decide to move in or not. The cost of living is relatively low and The Villages operates as its own city.

The Villages has recruited popular retailers such as Publix, Walmart, Target, and Citizens First Bank to be accessible to residents so that they don’t have to go outside of their community to get what they need. From specialty boutiques to restaurants, radio station, Villages news outlets, everything is covered. The community is a party every night. Social clubs, dances, recreation centers, 50 golf courses – some designed the famed Arnold Palmer, happy hours, and more are scheduled regularly to keep the party alive in the Sunshine State.

Watch: Why Are Social Security Cards So Flimsy?