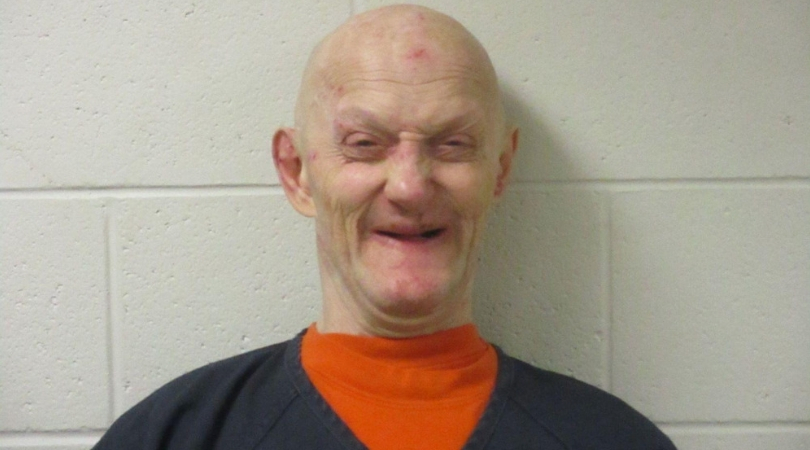 I love senior citizens, I really, really do. You never know how they are going to react to a situation. I think it’s the fact that they think that sometimes they can pretty much get away with a lot of things. Like walking their significant other in a dog leash, or roaming around Walmart drinking out of a Pringles can. It’s impressive, it truly is. But this man, this 58-year “old man” (who definitely should not look like this at 58) takes the whole damn cake!

Turns out Duane Arden Johnson wanted to celebrate his wife’s death the only way he knew how: by throwing her a meth-fueled “death party”. According to Duane, who was arrested for criminal neglect after calling 911 to report the death of his wife Debra Lynn Johnson, he medicated his wife with methamphetamine because he didn’t want her to die in a nursing home. So basically, he methed her up in the name of love. New song title, right there! Come at me AC/DC.

After officers responded to the 911 call, Duane allegedly answered the door naked and told police they had the right house, before returning to his bathtub where he was trying to remove some sort of “undetectable thing” from his skin. 69-year-old Debra was found dead inside the couple’s home at the top of the stairs and wrapped in a white sheet. Upon searching the home, police officers found “Death Parde God Hell” painted on the door with red spray paint, along with several guns and hundreds of rounds of ammunition on the floor.

Debra’s cause of death is still unknown, but according to the nursing home, she had been at a transitional care center before husband checked her out against medical advice. Debra had previously suffered two heart attacks, had diabetes, high blood pressure and had mental illnesses that required her to be on antipsychotic medication. The husband said he’s and his wife spent their final hours together having sex and listening to their favorite song: Quiet Riot’s “Metal Health”. They both started to take methamphetamine and she stopped taking her medication.

Not only did authorities get a death suspicious call, but the County’s Drug Task Force, Minnesota Bureau of Criminal Apprehension, the Allina Ambulance Service, and the New Ulm Police Department also participated in the arrest! Duane was arrested and bail was set for $250,000!

Not surprisingly enough, Duane has prior convictions for a DWI and assault and is on probation for driving after license cancellation. A blood test was taken in 2014 after his DUI arrest and showed he had used methamphetamine back then as well.

My gosh, do these people know how to party or what! I’m just saying, if this man is acting this way in his late 50’s, imagine how he was in his early 20’s! Also, I’m pretty sure he wins the 2019 Mugshot contest. Hands down.