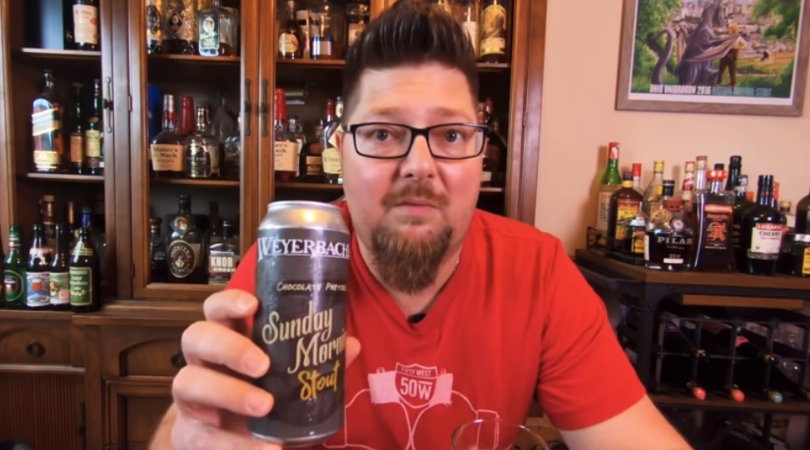 It looks like a man took the phrase “Bottoms Up” a little too seriously, after deciding to give up everything, except beer for Lent. Not only did he give up food, but he actually managed to lose more than 40 pounds doing so.

Del Hall is making headlines around the country, after literally only consuming beer for 46 days straight. Hall, who is an executive at the Fifty West Brewing Company in Ohio, said he initially thought of doing a water fast for Lent, but later picked beer because he wanted to “keep sane and interested in the fast.” Despite the negative connotation when it comes to weight and alcohol, beer specifically, Hall said he learned a very valuable lesson when it came to eating healthy.

I have a feeling a lot of people will be talking pics with @Del_Hall during the upcoming tailgate season. #famous

My new diet plan… @FiftyWestBrew for breakfast, lunch and dinner! BUT i will have food with it. 😂🍺🥩 #bengals #whodeyhttps://t.co/TGXpIbleNJ via @usatoday

Hall described how at times, his stomach would trick him by believing he was hungry. Later realizing that it wasn’t necessarily real hunger rumbling in his stomach, rather thirst. His main motivation to continue the “beer diet”, was to follow what the Monk’s did in 1600.

?Being master brewers, they decided they would take a popular style of beer in Germany, bock beer, make it extra hearty and that would be their liquid bread and that?s what they call it. So the monks in Bavaria, they would call doppelbock liquid bread and basically, it would sustain them through the 46 days of Lent.?

Hall recorded his whole progress through his YouTube channel and Instagram where three days in, he had lost 7.2lbs! The former army veteran stated he believed he could go through the beer-only diet since he was number 1 in his class in the army, has run a full marathon before completing 26.2 miles, and has done similar challenges in the past. So yeah, a beer diet? Easy.

So how does he feel after the 46 days? The Ohio man stated he feels like he is in his 20’s, his mind is clearer, he feels no inflammation in his body and now needs less sleep. Which sounds pretty amazing. The fast also helped Hall break his unhealthy relationship with food, losing a total of 41.5 pounds.

I won’t lie, this is really impressive, but who is going to pay for this man’s liver replacement? All that beer has to do a little bit of damage, right? One thing ‘s for sure… I’d be sick of it after four days straight. Imagine for 46 days! Yikes. But hey, to each their own, right?

Watch: 10 of the Best Margaritas in Texas