Menu
Follow us
Search
Menu
Search
Vivian Vance, left, is Ethel Mertz, and Lucille Ball is the irrepressable Lucy Ricardo, in the "I Love Lucy Christmas Special", Nov. 1956, an episode of the original “I Love Lucy” series which has been specially colorized for this rebroadcast (only the second in 33 years). (AP Photo)

One’s a spin-off. One ran four times longer than the event it depicted. And one was originally intended to be nothing more than a 90-minute special.

Here are some fun facts about history’s five most popular sitcoms.

“The Andy Griffith Show” followed the antics of the sheriff of the idyllic town of Mayberry, N.C. It opened with that famous shot of stars Andy Griffith and Ron Howard heading down to “the Fishin’ Hole,” set to some of the catchiest whistling ever.

4. All in the Family

This groundbreaking program walked where other sitcoms of the time feared to tread, covering such topics as abortion, homosexuality, rape, the Vietnam War, and women’s liberation. Its eventual spin-off, “Archie Bunker’s Place,” ran for four seasons, and Archie’s famous chair is now in the National Museum of American History in Washington, D.C.

Comedic genius Lucille Ball starred in her eponymous sitcom with her real-life husband, Desi Arnaz. Although the lead character was a terrible performer despite her showbiz aspirations, that flaw gave Ball endless opportunities to show off her physical comedy skills.

Based on a novel about three doctors working in a U.S. Army hospital during the Korean War, this sitcom is one of the highest-rated shows in television history. Its final episode, “Goodbye, Farewell and Amen,” was watched by 105.7 million people, a record that stood for 27 years.

It’s the little “show about nothing” that could. Its self-centered characters never grow over the course of the series; the show had a “no hugging, no learning” rule that allowed this to happen. 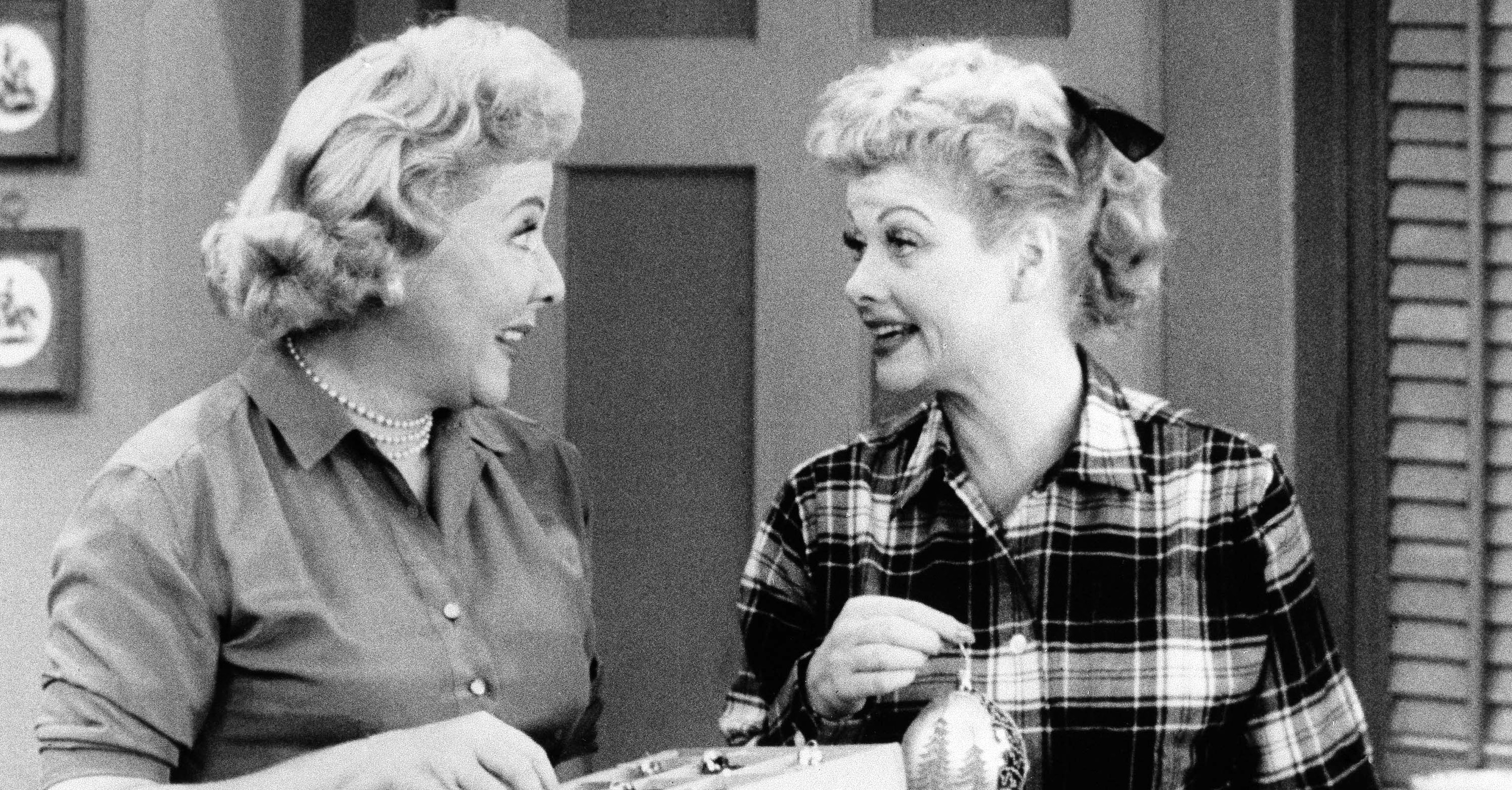