$1,000 Fine Proposed for Parents Smoking with Kids in Car 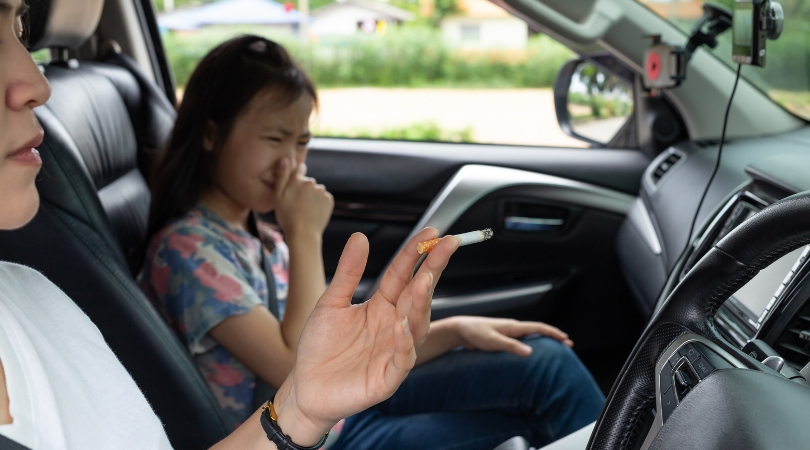 It?s definitely been a bad year for smokers, and it?s barely April! A few months ago, it was announced Marlboro’s parent company, Philip Morris International, would stop making cigarettes to focus on tobacco-free products and electronic cigarettes, and now, a new Indiana bill is aiming to fine people caught smoking in a car with a child.

State Sens. Jim Merritt and Eddie Melton introduced the bill, which would make smoking in a car with a child under the age of 6 a crime. The first offense would be punishable by a $1,000 civil fine. A third offense within a 12-month period would result in a maximum fine of $10,000.

The bill has bipartisan authors with Melton being a Democrat and Merritt a Republican. The American Nonsmokers Rights Foundation lists nine states in which it is illegal to smoke with a child in a car, including California, Louisiana, Arkansas, Utah, Vermont, Maine, Oregon, *Puerto Rico, and Virginia.

If passed, the federal law would go into effect on July 1, 2019. The main reason why the bill is being proposed is to protect children from breathing toxic air, which is considered hazardous. Since children have smaller bodies proportionally, they take in a larger volume of air, even when a window is down.

The gases and particles of tobacco smoke absorb into the surface inside a car, which is called third-hand smoking and re-emits back into the air over time, exposing passengers to toxins. Experts believe the only effective way to fully protect any nonsmoker from harm is to eliminate smoking in enclosed spaces including worksites, homes, public places, and vehicles.

Despite progress throughout the years, tobacco use remains the single most preventable cause of disease, disability and premature death in the United States. Tobacco accounts for more than 48,000 deaths every year, equivalent to 1 in 5 deaths. In 2016, more than 15 of every 100 U.S. adults aged 18 and up smoked cigarettes, meaning an estimated 37.8 percent smoked cigarettes, and 16 million Americans live with smoking-related diseases.

So, how does this affect non-smokers, especially children overall? According to the Department of Health, the dangers of secondhand smoke harm children by causing: