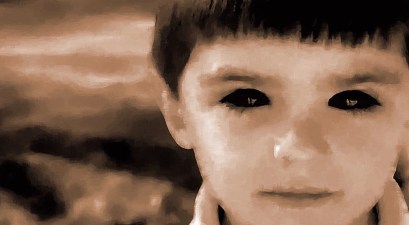 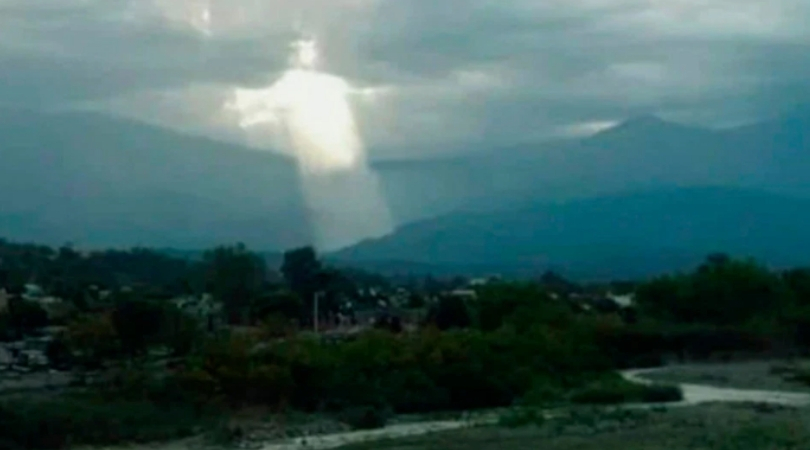 Jesus, is that you? According to Monica Aramayo, a resident of the city of San Salvador de Jujuy, it is! Aramayo was able to snap a camera phone picture of what she believed was the Lord Jesus Christ, shining through the dark clouds in Argentina. As expected, the holy figure had rays of sun beaming through the clouds around him. The woman claims that the perfectly timed image she took was a miracle and posted it online to “bless” others.

Several social media users were quick to compare the cloudy silhouette of Jesus to the statue of Christ the Redeemer in Rio de Janeiro, located less than 3,000 miles away in Brazil. Others believe the illuminated figure shows the Messiah wearing a crown with his arms outstretched, similar to other depictions of Christ.

Of course, skeptics were quick to point out that there is nothing more to see other than the sun shining through, while others believe Photoshop had something to do with the image itself. But, surprisingly enough, this isn’t the first time believers claimed to see a Christ-like figure in very unusual places.

In March, a similar image was captured in Agropoli, Italy, by Alfredo Lo Brutto during a sunset. Lo Brutto spotted the ‘Holy Figure’ close to Pompeii in the south of the country, where ‘Jesus’ was popping out through murky clouds above the city. In April, Shae House from Lynchburg, VA, said she saw Jesus in rocks while she was walking in the woods.

Could this be their imagination just wandering around, causing a religious frenzy? Or is it Jesus Christ himself trying to tell us a message? Well, honestly, who knows. But I think it’s good that people try to keep their beliefs alive any way they can. Let them live. If you think you saw the image of Jesus Christ, then good for you. If you don’t, well then, you don’t.

Imagination can be a wild thing, ladies and gentlemen.

Editor’s note: This article was originally published on May 17, 2019.

Watch: Brad Paisley and Sara Evans Sing a Song of Renewal and Rebirth