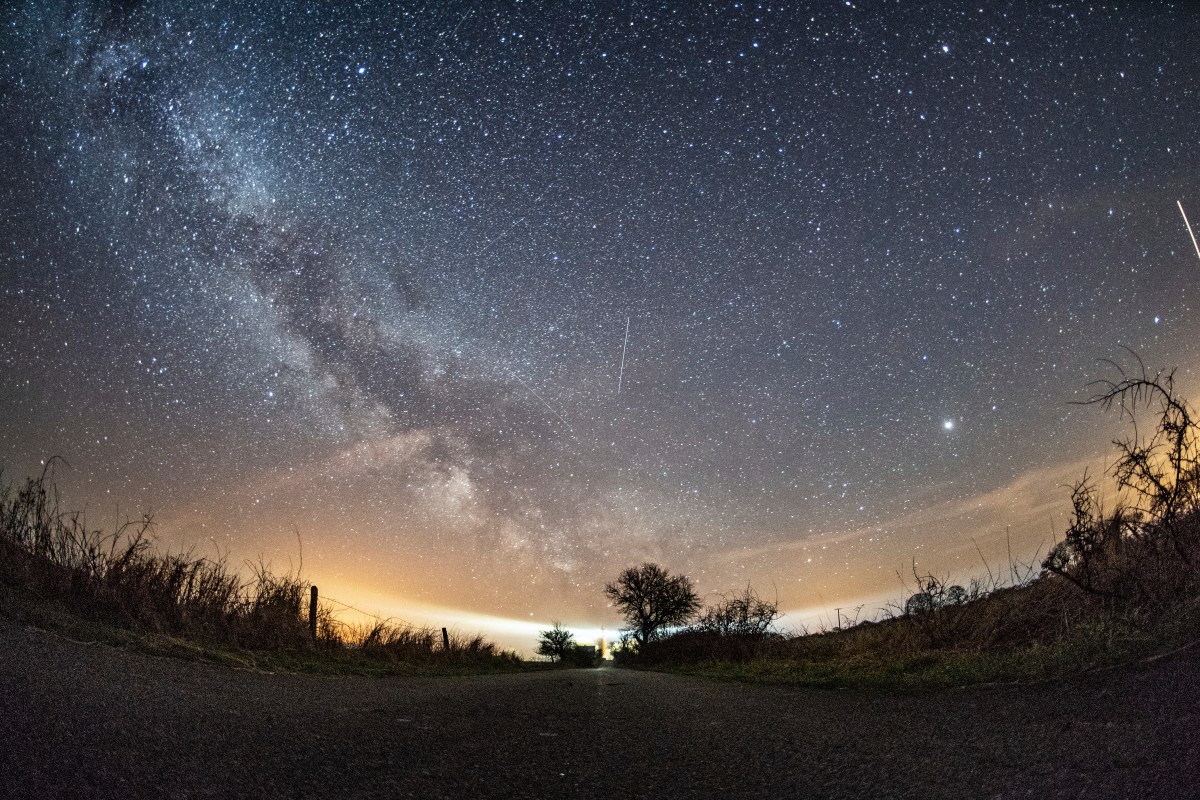 Before the phone in your hand or the computer on your lap, we only had the stars. And without the stars, modern civilization would be sorely lacking. We mapped courses into unexplored regions of the world using the stars. We planted our fields using the night sky’s seasonal patterns and moon phases. The Earth’s sky even determined our personality traits, if you believe in astrology. And every so often, a surprise lunar eclipse terrified entire civilizations into drastic action. If you’ve never read about the Aztec eclipse that foretold the arrival of Hernan Cortez, it will shock you just how much weight we once placed in the stars.

Nowadays, we’ve grown beyond star maps and surprise eclipses. Astrology is still hanging in there (I read my horoscope, I admit it!), but there is one purely delightful experience we glean from the stars today: meteor showers. Whether you’re an amateur astronomer with a telescope or just want to pile into the backyard to look up into the night sky, there is a meteor shower this year for you.

Bookmark our handy meteor shower calendar for 2019, and you’ll always know when to look up to the stars. We will continue to update the calendar throughout the year as more information becomes available. EarthSky and NASA were used resources for this calendar.

The Quadrantid meteor shower will peak overnight on January 3 into January 4, and will continue through January 13.

Constellation Lyra (Near the star of Vega)

The Lyrid meteor shower will peak on April 22 and April 23, but will officially be visible from April 16 to April 25.

Typically viewed in the southern hemisphere, the Eta Aquariid meteor shower takes place from April 19 to May 28, but will peak on May 5 and May 6. It is briefly visible in the northern hemisphere during peak viewing.

Our favorite summer meteor shower in the whole solar system, the annual Perseid meteor shower will flow from July 13 to August 26. It will peak on August 12 and 13. The full moon will follow on the 15th, making for a great show when the fireballs will peak.

The Orionid meteor shower is visible from October 2 to November 7, but reaches peak visibility on October 21.

The Leonid meteor shower runs from November 5 to November 30, and peaks on November 18.

The Geminid meteor shower will occur from December 4 to December 16. Visibility will be best on December 13 and December 14.

The Ursid meteor shower will fall during the Winter Solstice in 2019, running from December 7 to December 23. It will peak December 22.

What to Expect During a Meteor Shower

The Geminid meteors entering Earth's atmosphere at about 22 kilometers per second, above a radio telescope near Beijing, 🇨🇳 You can also identify Sirius (above dish) and the famous Orion Constellation with Betelgeuse and Rigel shining bright in the night Sky. Captured by #Astronomer Yin Hao 🔭💫 #LikeABOS 📸 @astronomypicturesdaily #meteorshower #astronomy

A meteor shower occurs when Earth passes through the path of a comet, and because the constellations are markers for our calendar, you know quadrant of the sky to look to during these dates. Meteor showers are named for the constellation where the meteors seem to come from.

The shooting stars often seen during meteor showers are actually bits of debris from the comet’s path that enter Earth’s atmosphere. As they burn, they streak across the sky and collect wishes. So scientifically, we don’t know if they catch wishes, but I’m starting 2019 with optimism over here.

As for the best meteor shower, I personally love the Perseid meteor shower. I often try to plan my summer getaways around the shower peak dates during the night of August 12th. Getting away from city lights is key to experiencing quality meteorites, especially on the peak night. Stargazing will be perfect this time of year, and you can enjoy a luxuriously long moonrise, especially if you visit a planetarium. If you can get to an International Dark Sky Place (DSP), check out the list of approved locations from the International Dark-Sky Association here. Nothing makes a meteor shower terrible quite like light pollution. Don’t forget your telescopes, but if you don’t have one, I’d check out an easy pair of binoculars that you can use long past this year’s meteor shower.

Celestial events, while not rare, still remind us of our place on the planet and in our world. Bright meteors aside, gathering under a night sky with those you love and hold dear in the world is a lovely way to reconnect, especially without technology. So whether or not you plan to actually stargaze, use this calendar as a way to make sure you’re seeing your loved ones, even as the year begins to speed up. Fingers crossed for clear skies. Now enjoy the predawn show and don’t forget to check your local time.