When Christian Zimmerman graduated from Georgia State University, he was ready to embrace the world that college prepared him for.

As Zimmerman navigated the business world, he was abruptly hit with his student loans. He knew he would have to start paying them off, so he sought additional help. 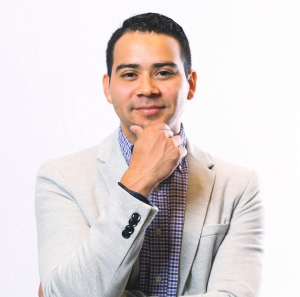 “Six months after graduation, I was hit with my student loans. Were the loans worth it? Absolutely. Was it kind of nerve-racking to take on this large amount of debt? Absolutely. I had heard of apps that helped with savings, and of course I had heard of Bill Pay, but I was looking for something kind of in between. If there was an app that would help me pay of my debt, that’s what I needed. Well, there wasn’t anything out there, so I decided to make it happen myself. Qoins is the app that I created. The concept is simple. We round up each purchase that you make, and the change that was rounded up goes towards paying off your debt each month. On average, we help people pay off about $50 per month.”

As fate would have it, shortly after Zimmerman came up with this debt-helping app, a local pitch competition came to Atlanta. Zimmerman presented his concept for Qoins and placed in the top ten contestants.

RELATED: One bright idea: Restoring his city’s past, one tube at a time

When it was made clear that the idea of this app was catching the attention of many people, that was the push Zimmerman needed to get Qoins into production. 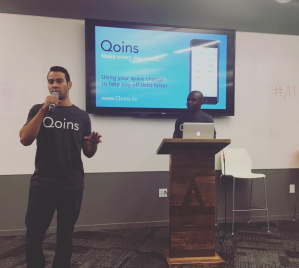 “A year after the pitch competition, we had our app up and running. We are constantly trying to better this app and make it effective for our users. I actually paid off two of my credit cards with my own app, which is extremely humbling. It was exciting for me to pay off my debt, but it’s even more exciting to hear that other people are paying off their debt with our app. We have helped pay off $1.4 million in debt; it’s insane that we have helped people as much as we have.”

His idea has helped people all over the United States, and Zimmerman hopes to expand to other counties in the near future. He is determined to not just perfect Qoins, but also to expand the company to become a household name. His team is helping people conquer debt and opening up the floor to actually discuss this taboo topic.