Seventy-five feet above the National Harbor in Oxon Hill, Md., Nik Wallenda glides across a cable stretched between two buildings, pausing only to wave to the cheering crowd on the ground.

The sky is not an unfamiliar place for Wallenda. He’s part of the seventh generation of the Flying Wallendas, a German-American circus family known for performing death-defying stunts without nets or safety harnesses.

“My passion is wire-walking,” Wallenda says. “My mom was six months pregnant with me and still walking wire, so technically I’ve walked the wire longer than I’ve been alive.” 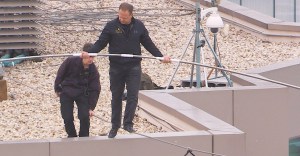 He cites his great-grandfather, Flying Wallendas founder Karl Wallenda, as his source of inspiration.

“He said, ‘Life is on the wire, and everything else is just waiting.’ And that’s very true for me,” Nik Wallenda says.

RELATED: Serving the president at 30,000 feet: What it’s like to work aboard Air Force One

Karl Wallenda died in 1978 when he fell ten stories while performing a high wire walk in San Juan, Puerto Rico. He was 73. In June 2011, Nik and his mother Delilah honored Karl’s legacy by simultaneously completing the walk he never got to finish.

Nik Wallenda gained worldwide fame a year later, when he became the first-ever person to walk a wire over Niagara Falls. The stunt took years of planning, not to mention lobbying both the American and Canadian governments.

To Wallenda, it was the walk of a lifetime — but he was far from finished. In June 2013, he became the first person to cross the Grand Canyon on a wire, setting his eighth Guinness World Record in the process. So what’s next?

Wallenda didn’t originally intend to get into the family business. As a teenager, “my mom had encouraged me to actually leave the industry and not carry on wire-walking,” he says. “And the reason she did that is because we all know the story of the starving artist, and that’s very much the case in the circus world often, and she didn’t want to see me face those financial struggles that her and my father faced raising me, so they encouraged me to go in a different direction.”

So Wallenda applied and was accepted to college. He planned to become a pediatrician. But then, everything changed.

“I got a call from my uncle inviting my family to go and recreate the seven-person pyramid. It was just before I was supposed to go off to college,” he says. “And as I was there, I realized that this was my passion, and I needed to carry this on.” 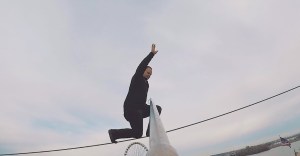 Wallenda now performs with the Big Apple Circus, delighting audiences across the country. But the roles he enjoys best are husband and father. His wife, Erendira Vasquez, is also circus royalty; she is an eighth-generation member of the Ashtons of Australia on her mother’s side, and a seventh-generation member of Mexico’s Vasquez trapeze artists from her father.

In 2017, Vasquez even broke one of her husband’s records as she hung by her teeth for 20 seconds from a hoop suspended by a helicopter over Niagara Falls.

So how does he stay so calm while suspended hundreds — sometimes thousands — of feet above the ground?

“My faith plays a key role in my success, and it is hard for others to understand that may not have the same faith as me. I was raised in a family that went to church, Bible-believing, God-fearing family, and I’ve learned through the years that nothing is impossible with God. And again, I understand how… people who don’t understand my relationship with God see that as being crazy, but I’ve just seen it become relevant so many times in my life through the challenges that I’ve faced, and I know without my faith, I wouldn’t be able to remain positive all the time. It’s easy. This world and our minds are programmed to focus on negative.”

And he proudly carries on his great-grandfather’s legacy while motivating others to pursue their own dreams.

“At this point in my life, it’s about inspiring people,” Wallenda says.

The Big Apple Circus will be at the National Harbor through Mar. 31. 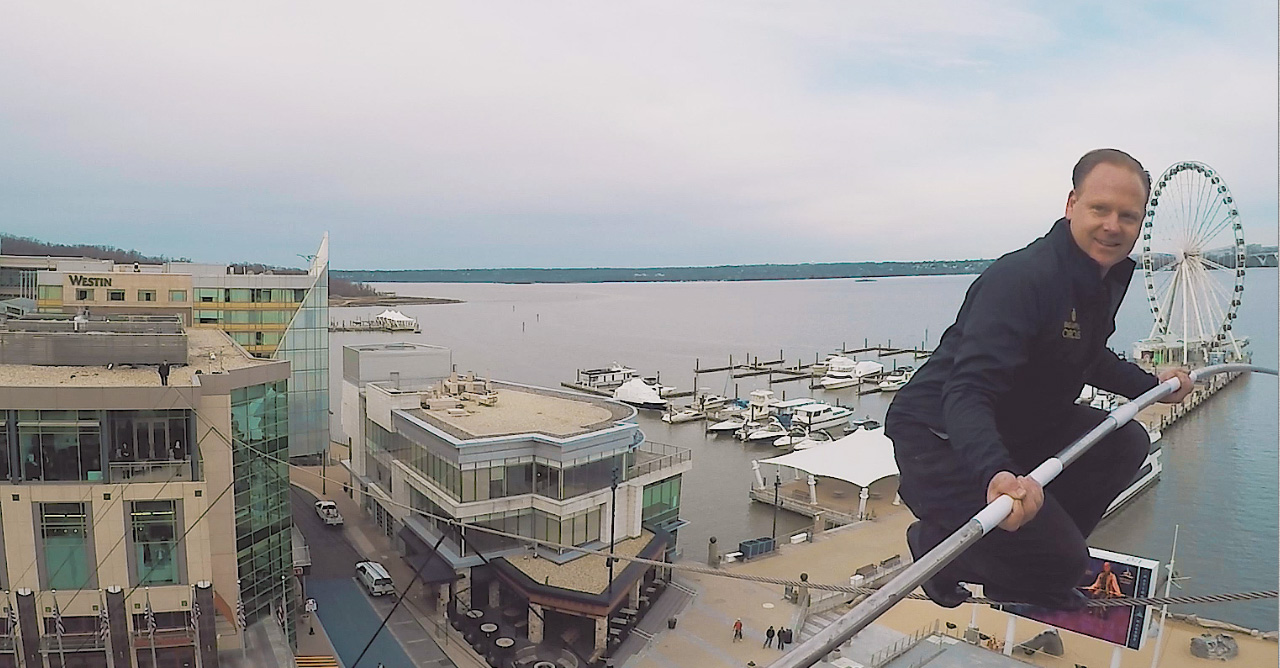