Testicle-spiked beer? Yeah, that totally exists…and people think it’s delicious. What had initially begun as an April Fools’ Day prank for Wynkoop Brewing Company in Denver, actually turned out to be a fan favorite. Back in 2012, Wynkoop tried to be funny by creating an April Fools’ video announcing their “new beer” called Rocky Mountain Oyster Stout. Which referenced the classic western snack of “fried bull testicles.” Yes, apparently people like to snack on a plate full of bull testicles for some reason. Y’all are wild, Colorado.

So, instead of getting gross reactions from beer fanatics, they respond rather enthusiastically. Even though the concept was supposed to be a joke. So, Wynkoop decided to keep the attention going by keeping their customers happy and followed by actually brewing the beer. So yeah, beer nerds loved the “nutty brew” so much, that it has now become a staple for the brewery! I mean, I am a huge fan of beer, but this honestly scared me a little bit when I first heard of it. But I mean, if Virginia can come up with a Lucky Charms IPA, a beer made with bull testicles doesn’t surprise me. Let’s all have a craft beer party!

Rocky Mountain Oyster Stout is a 7.2 percent alcohol by volume (ABV) and three Balls Per Barrel (BPB) and includes 25 pounds of “freshly sliced and roasted bull testicles” and sea salt. The “self-proclaimed ballsiest canned beer in the world,” is sold in a two-pack. Which I’m not sure if it’s a pun to there being two testicles or not, but I found it hilarious.

As far as ingredients, brewers add roasted barley, seven specialty malts, a hint of sea salt and Styrian Golding hops, to create that roasted flavor and luscious mouthfeel. The brewery describes the testicle beer as a vicious stout and “assertive” because well, it’s a bull we’re talking about here.

The flavor is similar to earth, savory notes of chocolate with coffee espresso and nuts that give it that slightly bitter, roasty, dry finish. So I’m just going to say that it tastes like a dark IPA with a chocolate flavor to it. At least that’s what I want to believe because I don’t actually know what bull testicles taste like.

Honestly, yeah sure, I guess I’d try it. I’m always down for beer tests. BUT, I’d probably mix it in with three other beers and not let anyone tell me which one is which, so I don’t ruin my experience by knowing I’m basically drinking bull testicles juice. Maybe use a blindfold and a shot glass roulette or something. Still, I commend you, Colorado. It’s nice to know you’re supporting local breweries and making the unthinkable happen. 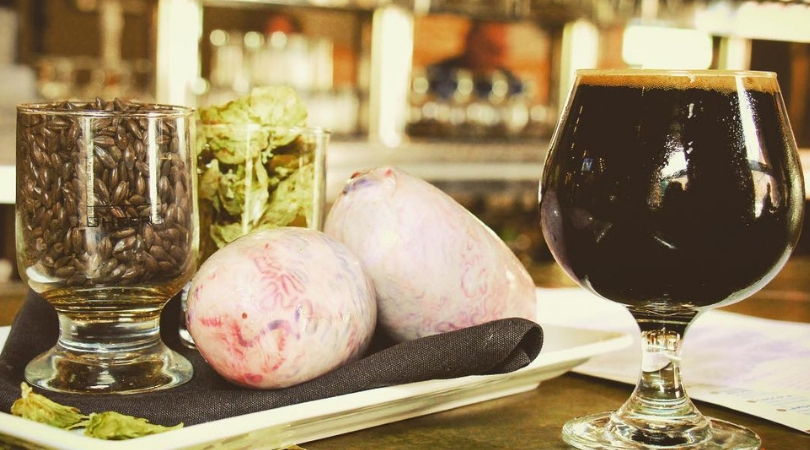