That Man Lying in Bed is Actually a Cake 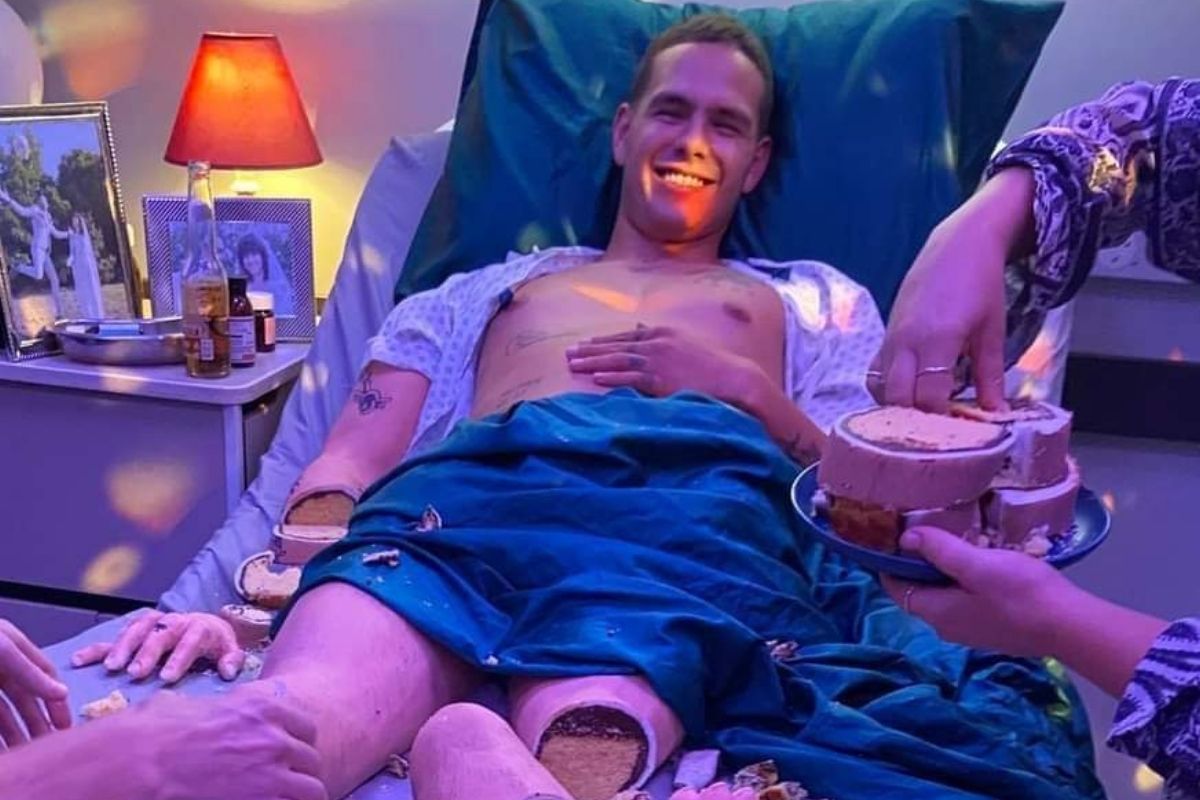 Cake Boss, Ace of Cakes, Extreme Cake Makers, Cake Wars... it’s fair to say that we have an obsession with the most outrageous pastries that contestants can create. And this recent thread of viral pics takes the cake. Literally. Because that’s not a man lying in bed. It’s actually a hyper-realistic dessert by cake artist Ben Cullen.

This is a Cake

THIS IS A CAKE. pic.twitter.com/9h9pXiYHDG

You might expect a prettier, more romantic cake to dominate social media following Valentine’s Day. Maybe something heart-shaped. But indeed, it was this person-sized vanilla cake — covered in a chocolate ganache and creepy skin-like fondant — that really made an impression. Tattoo artist-turned baker Ben Cullen was the cake’s creative mastermind. A native of Chester, England, Cullen has developed a cult following online for specializing in illusion cakes. And he goes by the moniker The Bake King.

Ben Cullen’s eerie masterpiece first appeared on the rapper Slowthai’s YouTube channel last year, for the “Feel Away” music video. But the shocking edible feat has become something of a cringey meme throughout lockdown. The unusual cake also showcases Cullen’s knack for tattooing alongside his cake making skills.

“Feel Away” by Slowthai

Combining aspects of optical illusion, graphic design, and sugary confection, the Bake King Instagram boasts Ben Cullen’s on fully display the awesome and edgy cake world of Ben Cullen. Check out more of the colorful and grotesque work below.

WATCH: Forget the Unicorn Frappuccino — we’re all about this gorgeous no-bake unicorn cake