Mark your Google Calendar: Kate Hudson is putting the finishing touches on her debut album and plans to release it next year.

The actress spilled some of the beans about the album on Monday’s episode of The Tonight Show with Jimmy Fallon.

“I love to sing,” Hudson said, staring to appear awkward. “I feel weird saying it … I’ve been making a record … for like a year.”

After soaking in some applause from the studio audience, she shed more light on the project.

“During COVID, I was like, ‘What am I doing?’” Hudson said. “Actually, I’ve been writing music since I was 19, and I’ve never shared it. So I always thought that would be one of my great regrets. Like, I have no expectations — I just want to put a record out, and so I’m doing it. And I’m really proud of it.”

Hudson, 43, didn’t share the name of the album. However, she promised Fallon she would return to his late-night talk show to sing a song from it.

The Tonight Show partially titled the YouTube video clip of Hudson and Fallon chatting about her effort as “Kate Hudson Reveals She’s Recording a Record.”

But Hudson — the ex-wife of Black Crows singer Chris Robinson — actually announced the music project earlier this year. In February, she sang a cover of Ariana Grande’s “7 Rings,” also on The Tonight Show.

Hudson announced in April that she was in the process of crafting an album. In September, she said on the Rachael Ray Show that “the songs are written.”

Hudson is the daughter of Academy Award-winning actress Goldie Hawn and actor/singer Bill Hudson. Acting-wise, Hudson is reputed as the star of Almost Famous and How to Lose a Guy in 10 Days.

After a string of indie movies, she currently stars in Glass Onion: A Knives Out Mystery, the sequel to the comedy crime flick Knives Out.

Maybe one day Hollywood will make a comedy about Kate Hudson trying to juggle all her responsibilities.

Read More: “Kate Hudson Opens Up About Co-Parenting Her Children with 3 Different Dads” 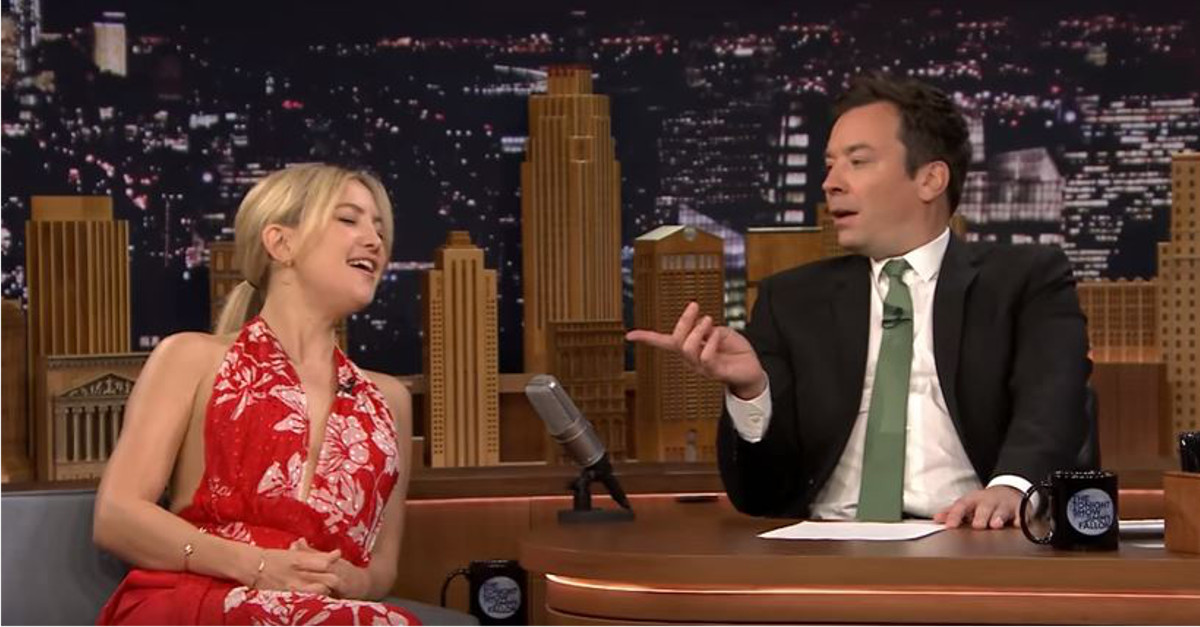