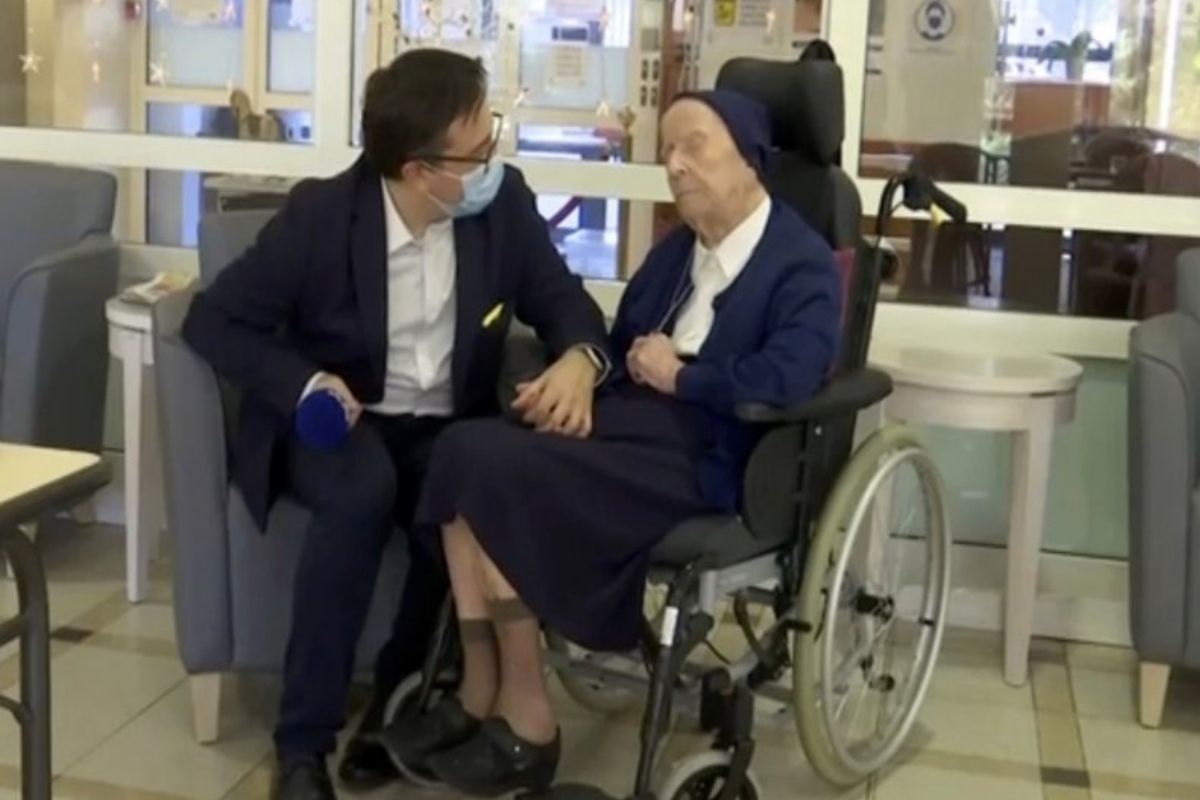 I guess God is real. A modern-day miracle has taken place in Toulon, France. A nun, who was diagnosed with Coronavirus in mid-January is officially recovered. And this week, she turned 117 years old! Not only is Sister Andre Europe’s oldest person, but she is the world’s second-oldest living person.

Lucile Randon was born on February 11, 1904, and joined a Catholic charitable order in 1944. In 2009, she took on the name of Sister Andre in to honor her brother, who had passed. This French nun has remained devoted to her God for 77 years, and that commitment never wavered. Even when faced with the terrifying diagnosis. France’s BFM television interviewed Sister Andre during her illness. She told BFM TV: “No, I wasn?t scared because I wasn?t scared to die ? I?m happy to be with you, but I would wish to be somewhere else ? join my big brother and my grandfather and my grandmother.?

Tomorrow marks Sister Andre’s 117th birthday. She lives at the Sainte Catherine Labouré retirement home in Southern France, and a facility spokesman told Reuters that she is celebrating with a small group. In general, Sister Andre is said to be a highly spirited resident despite her age and blindness.

Sister Andre is trending today, worldwide, and we couldn’t be happier for this kick-ass survivor. No only has she lived through both world wars, but this is not even the sister’s first pandemic. She also endured through 1918 Spanish Influenza, which targeted her age group specifically. (The Spanish Flu ravaged the population of young adults who were too young to have amassed helpful antibodies.) And today, too, the 116-year-old French nun (going on 117) found herself in the at-risk group when it comes to Covid. According to the CDC, 95% of Coronavirus deaths have occurred in people over the age of 60 — and Sister Andre is nearly twice that age!

Let’s hope that the Covid-19 vaccine reaches the elderly residents and caregivers at the Sainte Catherine Labouré retirement home. No one deserves to suffer from greater risk from this virus due to their age or occupation. However, the French vaccination plan has been something of a mess. Just today, The New York Times reported that “France Stalls Between Stubbornly High Infection Rates and Slow Vaccine Rollout.”

For now, at least, we can be thankful for the recovery of Sister Andre, who comes in at #2 on the World Supercentenarian Rankings List. According to research from the Gerontology Research Group, the oldest person in the world is Kate Tanaka, who lives in Japan and turned 118 last month. Fun fact: the 20 oldest people in the world are all women.