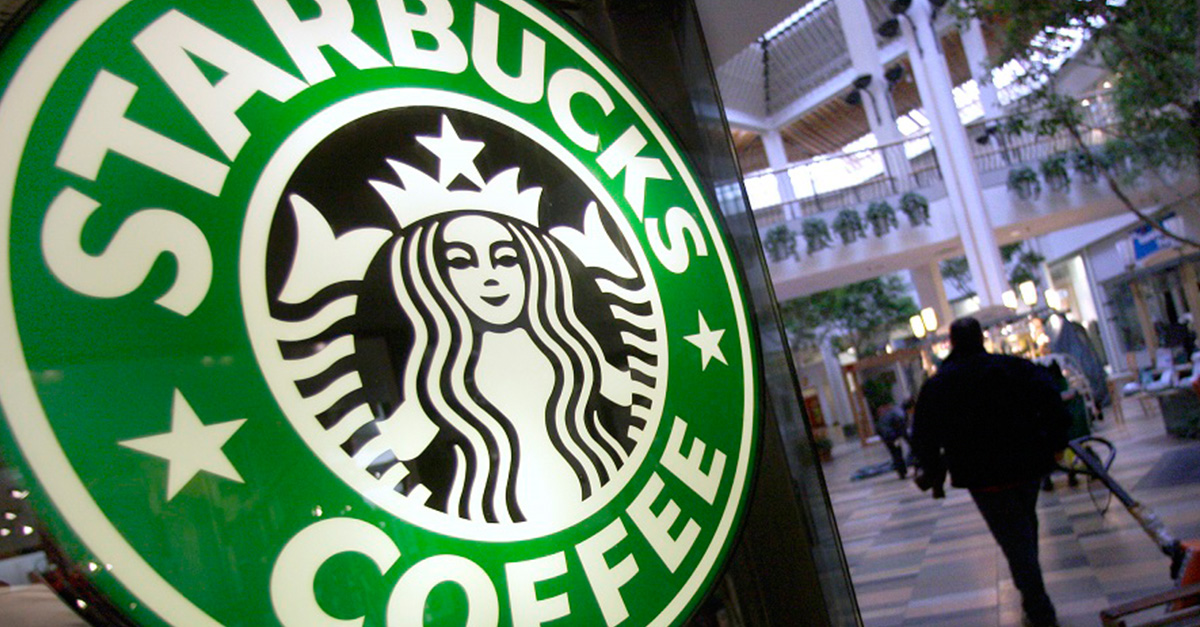 AP Photo/Amy Sancetta, file
** FILE ** In this Nov. 10, 2008 file photo, a man pulls a cart past a Starbucks store inside the Beachwood Mall in Beachwood, Ohio. The allure of the value meal has long seduced penny-pinchers craving a cheeseburger. Now, as the dismal economy slurps up profits, Starbucks Corp. is hoping to find some sales salvation in its own value meal variety. (AP Photo/Amy Sancetta, file)

Starbucks is facing a lawsuit in which a California family claims they were served human blood from an employee in a drink they brought home for their 2-year-old daughter.

Amanda and Luis Vice contend that they didn’t initially notice anything strange with the drinks they bought at a San Bernardino Starbucks in February 2016. But once they got the drinks home, they said they discovered something quite disturbing.

“Once we drank it, then we could see on the inside of the rim that there was blood,” Amanda Vice told KTLA. “[The daughter] was licking the whipped cream where it had been sitting on top.”

The family’s lawsuit claims that two of the cups had visible red stains, and one emitted a “strong metallic smell,” KTLA reports.

“My wife and my baby just drank someone’s blood,” Louis Vice told KTLA, describing the panicked aftermath of the alleged incident. “It was bad.”

The lawsuit claims that managers at the Starbucks knew the worker was bleeding but didn’t adequately keep the employee away from where baristas were making drinks.

The family’s attorney said that preliminary blood tests indicated no diseases were transmitted. However, the family also had to wait several months for the results of a second round of tests, which their attorney said placed great stress on them. The suit accuses Starbucks of several torts, including negligence, fraud, intentional infliction of emotional distress, battery and assault.

“We felt sick to our stomachs; we shouldn’t have to worry about going to get something to drink and there being blood in our drink where we could get sick,” Amanda Vice told KTLA. “It’s very stressful.”

Starbucks reportedly tried to appease the family with an offer of $1,000 for each family member and promised free drinks for a week, but their attorney said that wasn’t nearly enough compensation.

In a statement emailed to Rare, a Starbucks spokesperson said, “We are aware of this claim that allegedly took place in 2016 and are prepared to present our case in court.”