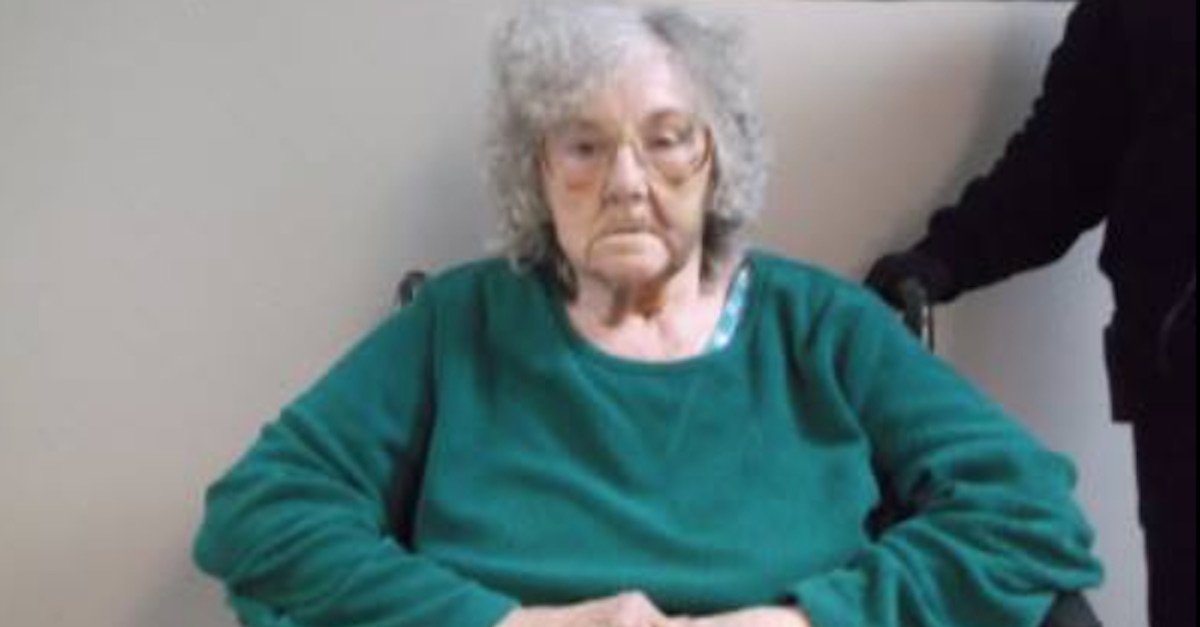 Authorities claim that one of the more unusual drug dealers in America was put of commission when 75-year-old grandmother Betty Jean Jordan was arrested in a major bust in Tennessee’s Decatur County.

The wheelchair-bound Jordan, dubbed “Kingpin Granny” by law enforcement, faces a long list of charges after a lengthy undercover investigation into the illegal sale of prescription drugs in the county. While conducting the probe, agents allegedly purchased pills from Jordan, The Smoking Gun reports.

During a search of her home in Parsons, Tennessee, a small, quiet town outside of Nashville, Decatur County Sheriff’s Office investigators said they discovered more than 1,000 prescription pills, including heavy-duty painkillers like Morphine and Oxycodone and the anti-anxiety drug Xanax, Fox 17 reports. Jordan was allegedly operating a veritable opioid super center right out of her house.

Investigators also claim they seized more than $12,000 worth of cash and assets while executing the search warrant.

RELATED: It’s shockingly easy to get opioids delivered from China right to your door by the U.S. Postal Service

She has since been released after posting a $50,000 bond.

Police say the investigation is still ongoing, and they are expected to make more arrests in connection to Jordan’s alleged distribution scheme.