John Anozie of California just wants Papa John’s to stop texting him — so much so that he’s suing the franchise for $500 per message after being bombarded by promotional texts.

He claims he’s never actually ordered pizza from the chain but started receiving promotional texts from them in March 2016, the first of which offered him a deal on two large pizzas with up to five toppings. Although the texts encouraged him to reply “STOP” if he no longer wanted to receive the messages, Anozie says they never ended. He reportedly texted back “STOP” multiple times, but according to his lawyers, Papa John’s doesn’t think “no” means “no.”

While it’s unclear exactly how many texts he’s received, the notifications were apparently enough to cause Anozie “significant anxiety, frustration and annoyance.” His lawyers plan to argue that the texts violate the Telephone Consumer Protection Act, which places restrictions on the use of telephone solicitations, especially in regard to the use of text messages. They insist the continued messages from Papa John’s after Anozie requested they stop are a violation of the act.

RELATED: A Georgia woman took her vegan lifestyle to a whole new level by purposely crashing her car into a chicken truck 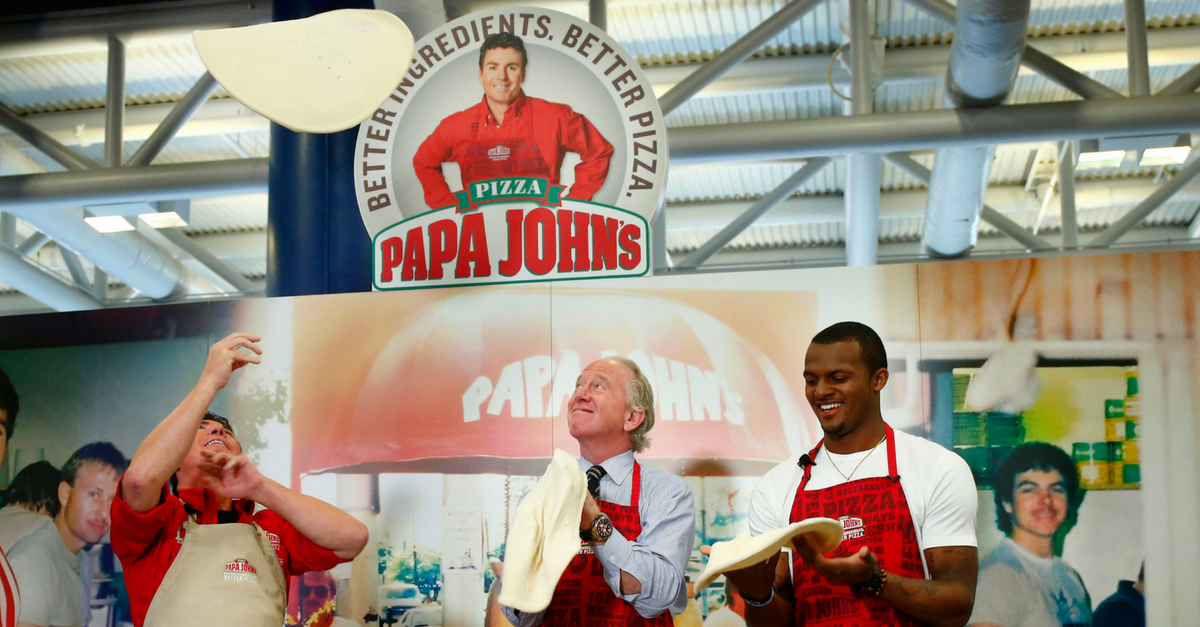