Menu
Follow us
Search
Menu
Search
NEW YORK, NY - FEBRUARY 17: Protesters critical of President Donald Trump attend an afternoon rally to show solidarity with a general strike in Washington Square Park on February 17, 2017 in New York City. Across the country protests continue in reaction to the policies of the Trump administration. (Photo by Spencer Platt/Getty Images)

It would seem that the I Don’t Care Bar and Grill in Catoosa, Okla., does care, at least when it comes to employees showing up to work.

Twelve employees of Hispanic descent, all of whom took part in the “National Day Without Immigrants” protest and did not show up to work, have been fired, reports KTUL.

A spokesperson for six of the 12 said the fired workers felt it was important to take part in the protest, though they say they were “unfairly terminated” after working there for almost two years. The spokesperson said the group was “upset they stood for something they felt was necessary so the community would stand together, and they were terminated for that.”

They were fired by a mass text message. KTUL reports it was short: “You and your family are fired. I hope you enjoyed your day off, and you can enjoy many more. Love you.”

A written statement from the owner of the I Don’t Care Bar and Grill, Bill McNally, notes “a zero tolerance policy for no show/no call incidents.” He says the employees terminated had violated that policy, and that he has fired others for violating the policy in the past. 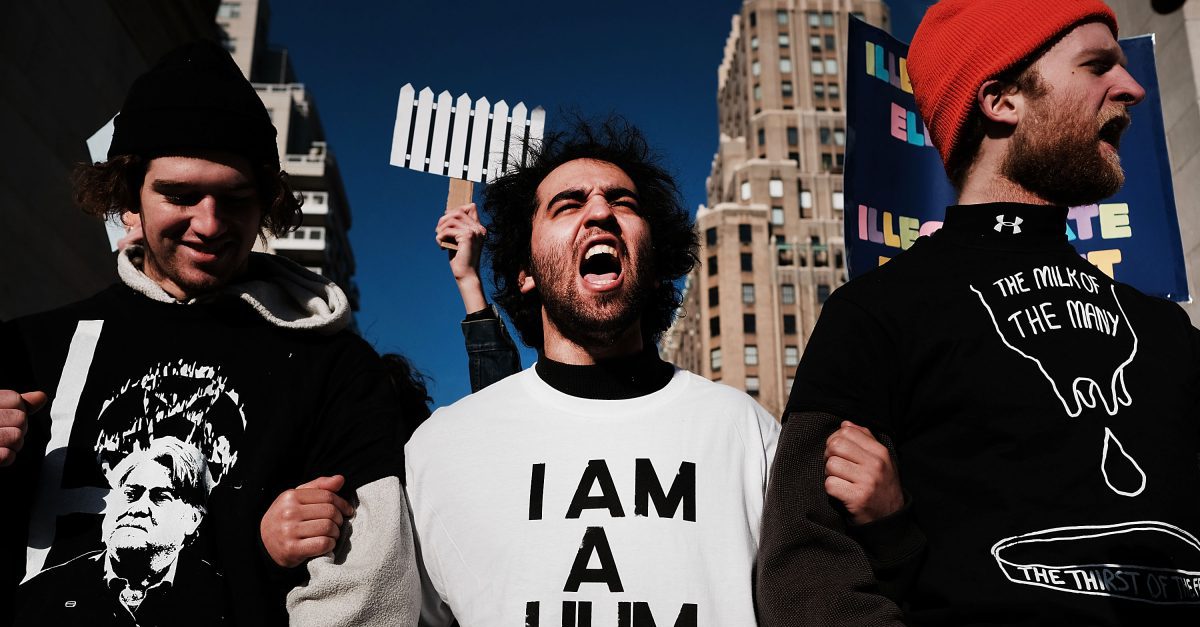