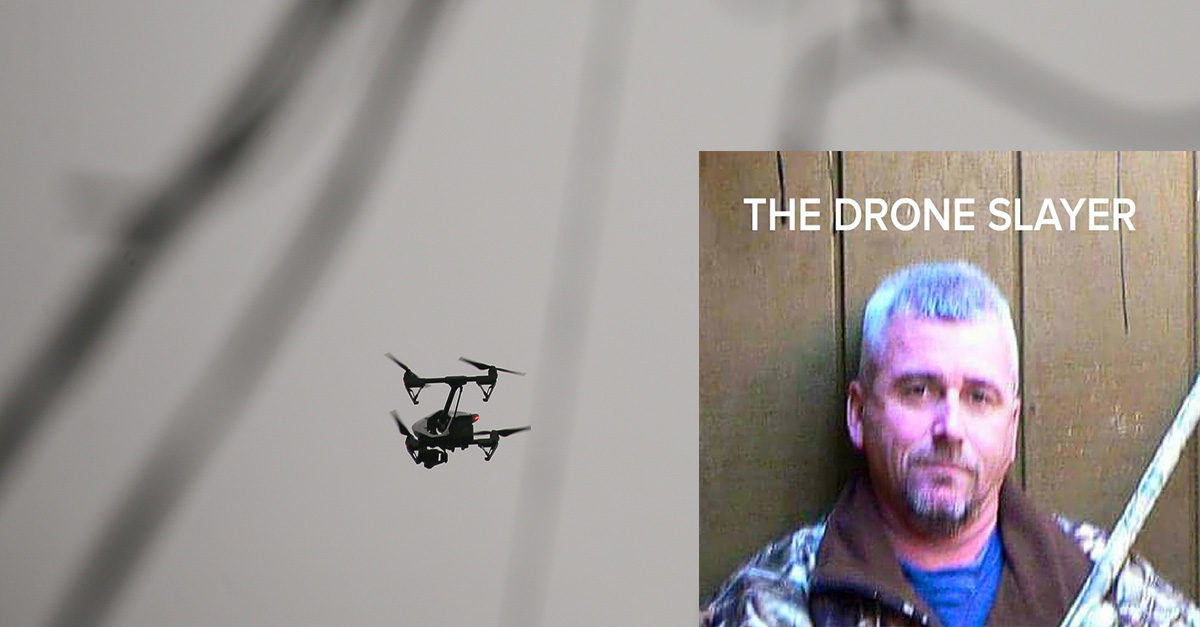 (Photo by Elijah Nouvelage/Getty Images) Restrictions - Facebook/William Merideth
OAKLAND, CA - DECEMBER 05: A drone equipped with thermal-imaging technology is seen in the sky above the site of a warehouse fire that has claimed the lives of at least thirty-six people on December 5, 2016 in Oakland, California. The fire took place during a musical event late Friday night. (Photo by Elijah Nouvelage/Getty Images)

A Kentucky man who shot down a drone hovering over his residence won’t be dishing out dough for his sharpshooting anytime soon. The incident, which occurred in Hillview, Kentucky, in July 2015, spent nearly a year in legal limbo until a federal judge dismissed the lawsuit Friday.

John David Boggs was demanding that William Merideth pay for his $1,500 drone after Merideth shot the machine down with a shotgun. Merideth explained to WDRB that he wasn’t going to do anything unless it was directly over his property but that when the drone breached the line, he “shot it out of the sky.” The 47-year-old was charged with criminal mischief and wanton endangerment, but those charges were later dismissed.

RELATED: When she saw a drone hovering outside, she grabbed the family rifle and unloaded

Merideth said that he wouldn’t have shot the drone down if it had “kept moving” but that when it hovered over his property he felt that he “had the right.”

RELATED: The man who used a drone to catch his wife cheating confirms it was real and he’s getting a divorce

Boggs claimed that he didn’t hover over Merideth’s property and that he only bought the drone to film his kids riding motocross. In a tape that Boggs showed WDRB, the drone hovers but at an altitude “in excess of 200 feet.” Merideth seems to enjoy the attention that his case has gotten — his Facebook profile photo features his face and the caption “the drone slayer.”

Technically, it is illegal to shoot down a drone; however, the cases are rarely prosecuted. A Forbes article from 2016 quotes the Federal Aviation Administration as saying

Regardless of the situation, shooting at any aircraft — including unmanned aircraft — poses a significant safety hazard. An unmanned aircraft hit by gunfire could crash, causing damage to persons or property on the ground, or it could collide with other objects in the air.

However, William “The Drone Slayer” Merideth doesn’t seem to be too afraid. His Facebook cover photo features the words, “Not only did I do it, but I meant to do it. And I’d do it again.”