The saga of President Donald Trump’s longtime feud with comedian Rosie O’Donnell took an unexpected turn on Thursday when the president sent out a tweet to O’Donnell that was dripping with sarcasm. Trump referenced an old tweet of Rosie’s that had called for the dismissal of former FBI Director James Comey. After Trump fired Comey on Tuesday afternoon, he pointed out that he and Rosie could agree on some things.

Following the furor of media surprise over Trump’s tweets, Rosie was in rare form. In a series of messages, oftentimes accompanying articles or memes about Trump, O’Donnell continued her anti-Trump rhetoric.

RELATED: Trump doubles down on his voter fraud accusations with an executive order

“We can take r country back – restore our system – make it better,” she wrote.

“Trump throws every1 under the bus – dedicated members of the intelligence committee – rosenstein – U now step up n appoint independent cncl.”

Earlier in the evening, O’Donnell claimed that Trump has dementia.

“I remain shocked at how dumb he is – its like watching a slow motion car wreck – dementia has taken over – he is not capable of being potus,” Rosie wrote. 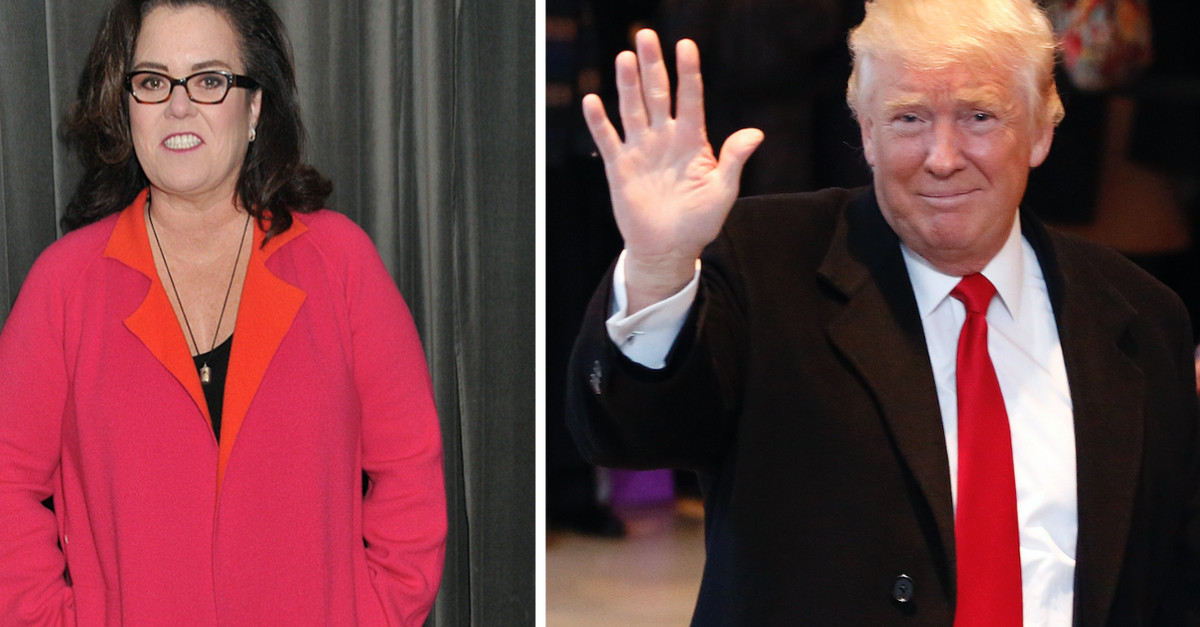