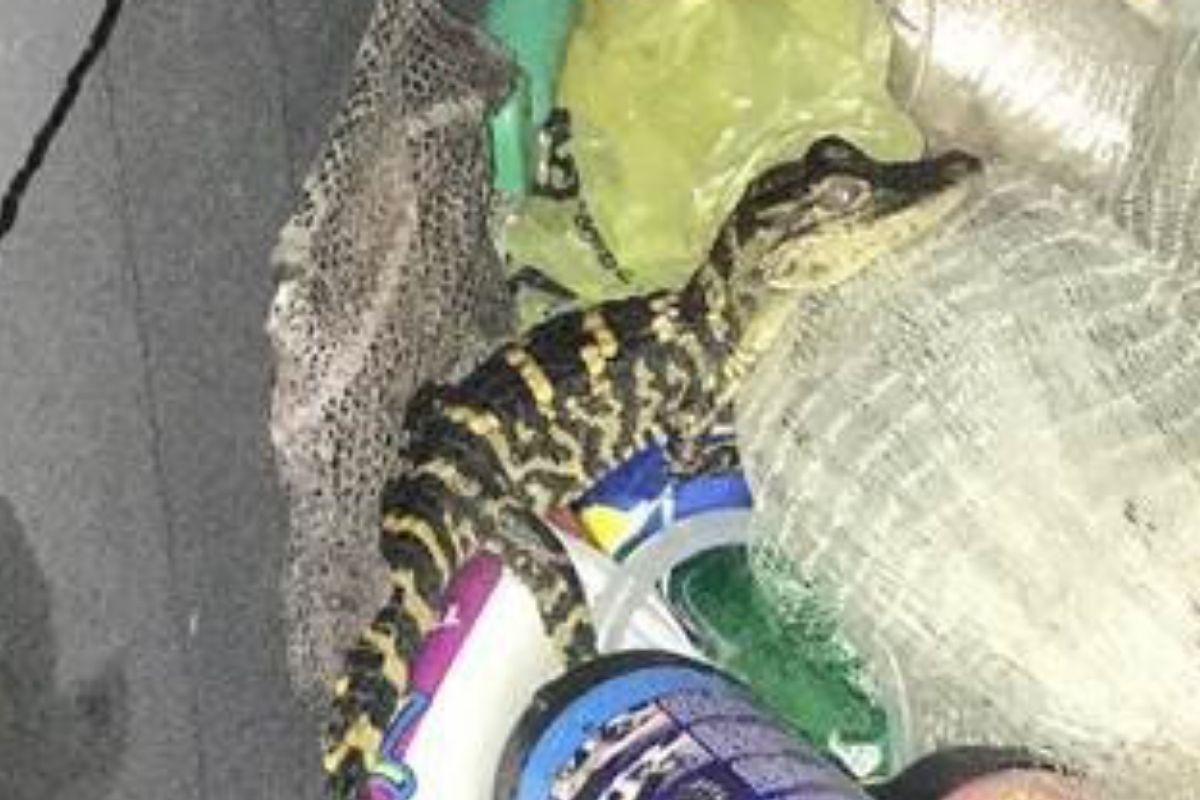 A Florida (of course) police officer was conducting what they probably naively assumed was going to be a normal traffic stop in Charlotte County but, naturally, some Florida stuff happened instead. Specifically, an adult woman whipped a foot-long alligator out of her yoga pants.

Weird? Sure. But considering where the gator was pulled from the officer was probably relieved that the woman wasn’t giving birth to some unholy new crossbreed of human and reptile. Florida cops have got to be tired of running into that.

Nothing to See Here, Just a Baby Alligator

The pickup truck, which was being driven by 22-year-old Michael Clemons, was stopped for rolling a stop sign. The Charlotte County sheriff’s deputy asked what Clemons and his passenger Ariel Machan-Le Quire were up to and they claimed they were just under a nearby bridge collecting frogs (as adults do, apparently?). Sensing something was amiss (potentially that there was a giant lizard shape writhing around in the woman’s pants) the deputy decided to investigate further. The deputy then found 41 3-stripe turtles in the woman’s backpack. When asked if there was anything else she’d like to tell the deputy about, Machan-Le Quire admitted to having an alligator in her pants to which the deputy probably replied, “Yeah I am definitely aware of that because I have eyeballs” though we can’t be sure.

The investigation has since been handed over to the Florida Fish and Wildlife Commission but let’s all take a moment to thank the twisted gods who rule Florida that, again, this woman was not giving birth to a reptile-human after drinking fourteen margaritas, smoking a pack of menthols, and huffing enough paint thinner to strip the ceiling of the Sistene Chapel bare before making love to a swamp creature and through some dark miracle life finding a way to make their physical union bear fruit.

Editors Note: This article was originally published on May 7, 2019.