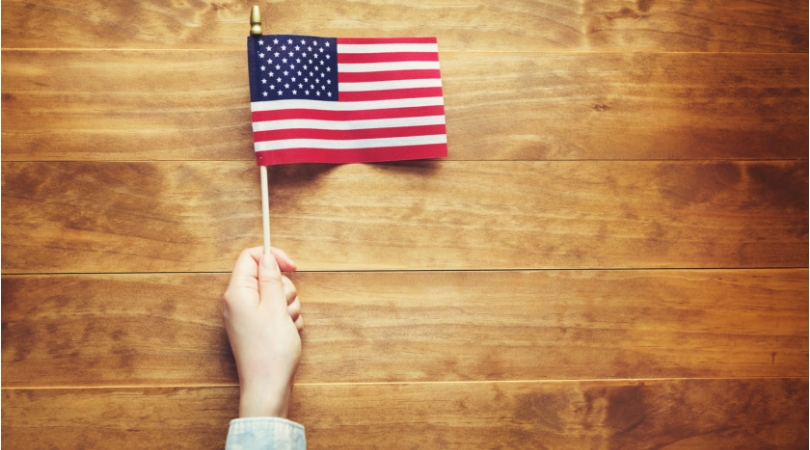 A sixth-grader from Florida is facing charges of disrupting a school function and resisting arrest after a confrontation following his refusal to stand for the Pledge of Allegiance.

According to Lakeland Police, the school resource officer was alerted to a disturbance which was created by a student in a classroom at Lawton Chiles Middle Academy. On February 4, according to the boy’s mother, Dhakira Talbot, the 11-year-old was ordered by his substitute teacher, Ana Alvarez, to stand up for the Pledge of Allegiance. The 11-year-old usually doesn’t stand up for the pledge, but Alvarez ordered him either way.

Substitute teacher ordered the 11-year old student at Lawton Chiles Middle Academy to be arrested for refusing to stand for the Pledge of Allegiance. Seems overbearing to me to arrest here. https://t.co/IYMVkO5Ub8

Still refusing to stand, he then told the substitute that he believed the pledge was racist and the national anthem was offensive to black people. Responding to his comment, Alvarez told the boy to go live to another country if it was so bad. She explained how she was from Cuba, and the day she ?wasn?t welcomed? in the United States, she would find another place to live.

The student was asked to leave the room over 20 times, but refused to leave, which prompted the officer and the Dean of students to escort the boy out. The boy then made threats while being escorted to the school office, prompting police to charge him based on his “failure to comply with the officers and Dean’s orders”, not for his “refusal to participate” in the Pledge of Allegiance.

The Lawton Chiles Middle Academy in Lakeland, Florida had an 11 year old ARRESTED for refusing to stand for the pledge. And the substitute teacher apparently indicated that he should return to Africa if he’s unhappy in the US. #Racism #FirstAmmendment #SchoolToPrisonPipeline https://t.co/9J6jf6xsFn

Polk County students are not required to stand for the pledge, but according to the school’s statement, the substitute teacher had not been aware of the policy that allowed students to opt out. Alvarez was asked to leave the school immediately after the boy’s arrest and is no longer allowed to work in any of the District’s schools. The boy was given a 3-day suspension.

“We do not condone the substitute’s behavior. We respect our students’ right to freedom of expression and we are committed to protecting that critical right while ensuring peaceful classrooms so all students can learn.”

Honestly, this whole flag controversy has gotten out of control. Respect any individual’s wishes, and worry about your own. This was very unnecessary, and an 11-year-old shouldn’t even be put in this position, let alone arrested. Whether he was arrested for not standing, or for trying to defend his actions, it shouldn’t be happening to a 6th grader. There could have been another way. How disappointing.

Editor’s note: This article was originally published on February 18, 2019.