Our generation absolutely loves internet challenges. From the Tide Pod challenge (yea, it was real) to the ice bucket challenge, people love to take to social media and share videos of themselves doing crazy things. The latest social media craze comes from Netflix’s new Sandra Bullock flick, Bird Box, which if you haven’t watched yet, grab some popcorn and sit on the couch. Some compare it as a better version of A Quiet Place. I personally haven’t seen A Quiet Place, but Bird Box did keep me on the edge of my seat the entire two hours.

The plot of the Netflix movie (without giving away too many spoilers) follows Bullock’s character in a post-apocalyptic world, who along with a boy and girl, navigates a river blindfolded to get away from a supernatural entity that will kill them if they look at it. It’s not too much of a stretch to see how the Netflix film inspired so many to perform everyday tasks with a blindfold on and dub it the Bird Box Challenge.

One teenager thought it was a good idea to blindfold himself and drive. Another tried the meme challenge with his kids and ended up slamming his baby’s face into the wall.

The streaming service has had enough of this, and quite frankly, doesn’t want any bad PR from people hurting themselves. They even released this statement to their social media users, urging them that the dangerous trend should stop.

Netflix Warns Viewers Not to Partake in Birdbox Challenge

Can’t believe I have to say this, but: PLEASE DO NOT HURT YOURSELVES WITH THIS BIRD BOX CHALLENGE. We don’t know how this started, and we appreciate the love, but Boy and Girl have just one wish for 2019 and it is that you not end up in the hospital due to memes.

The popular movie has been a hit for Netflix, creating a new record of accounts streaming the horror movie during the first week of release. Over 45 millions Netflix accounts tuned in. That’s more than what Black Mirror’s Bandersnatch episode pulled in.

My take: if you are going to take part in the challenge do something safe, and for goodness sake, take it seriously. There are 1.1 million blind people in the United States that have to deal with this “challenge” daily. It wouldn’t hurt to try to do something simple with the intention of understanding someone else’s perspective on life.

This article was originally published on January 3, 2019.

Watch: Guess These Country Stars from Their Childhood Photos 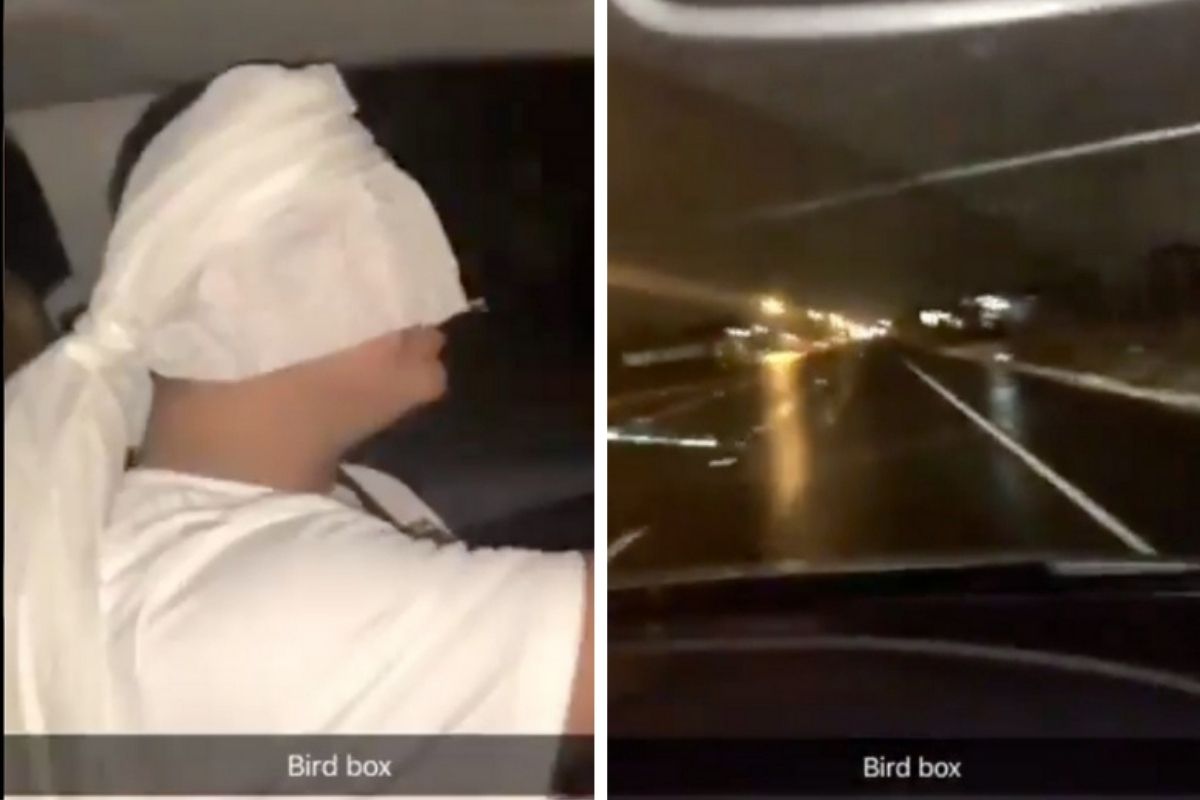