Woman Secretly Films Stranger Trying To Grope Her On A Bus 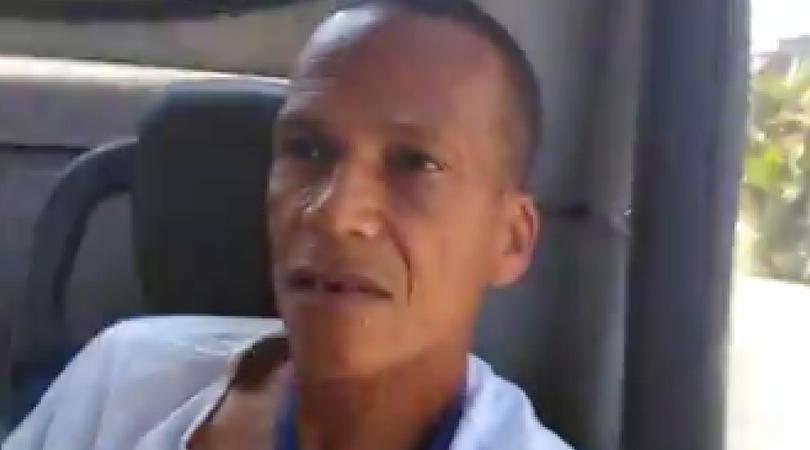 Public transportation of any kind scares me. You never know what or who you’re going to encounter, especially when it comes to being alone. I’ve been through enough incidents involving men either starring a bit too long, attempting to sit next to me without asking, or just plain trying to get me to react to their inhumane comments. It’s scary and stupid, but for some people, this is their “moment.”

Like in this incident, where a woman in Brazil decided to stand up for herself after a man attempted to grope her. The women went on what she thought was an empty bus, when ten minutes into the ride, she felt something close to her chest. When she looked to see what it was, she saw there was nothing there, and decided to ignore it. Minutes later, she felt something again, realizing there was a hand getting nearer and nearer each time.

The woman then saw there was a man sitting behind her, crouched down on the floor. She sensed the man was trying to take advantage which is when she took out her phone and started recording to have evidence to prove the attempted assault. What she captured was more than shocking, and even more disgusting. The creep was sitting behind her, reaching his hand up past the side of her seat, indeed attempting to grope her without her knowing.

The woman saw what was going on through her phone, stood up while yelling at the man, and immediately changed seats. Unfortunately, there has been no word if the man was caught or not, but in all honesty, who does that? Did the man actually think the woman wasn’t going to feel it? And can we talk about his reaction? Why do you look shocked, sir? You know what you were doing! Oh, and if you look closely at the video, you can actually see he has a ring on his left hand. WHERE IS YOUR WIFE, LURKER? People are crazy, man.