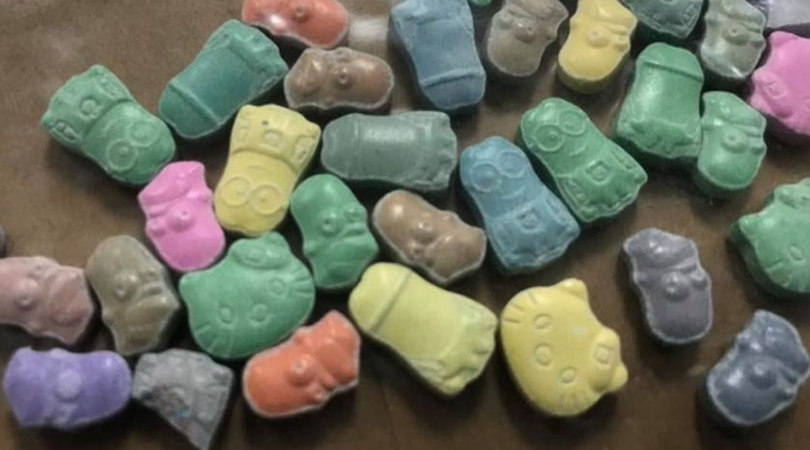 The pills and lollipops were purposely designed to look like candy, but officials do not know if it was to trick authorities into thinking they were regular candy, or to trick children into eating them without knowing they had illegal substances in them. Police in the area believe many of the drugs are laced with ecstasy. The officers seized the products after a hit-and-run accident, where the suspect ran from the scene of a car accident with injuries, but left behind his computer bag.

Along with the candy, officers also confiscated marijuana, prescription pills, cocaine, cash, and illegally possessed guns. This isn’t the first time that the Atlanta area has dealt with tainted drug issues. Drugs inside a bag of gummy bears and Cheetos tainted with marijuana were discovered in the region in 2017.

Through a Facebook post, Hapeville police are urging parents and teachers to inspect any candy that they think might be tainted, and make sure young people are aware of the dangers. Although it is not common, candies can be tainted with either illegal drugs or poison, especially during the Halloween season.

It is important to remember that although the odds of someone actually tampering with candy are slim to none, it is recommended to inspect your kid’s candy before letting them eat it. Although you don’t need to have your candy tested or x-rayed, you should throw away any candy that is unwrapped, homemade, or has a torn wrapper.