The wife of the man who helped kidnap Elizabeth Smart 16 years ago, will be released from custody on September 19, 2018, after more than a decade in prison. Utah parole officials stated the move reversed a July denial of 72-year-old Wanda Barzee’s parole, which after further review and advice from legal counsel, showed they must credit Barzee time in federal prison toward her current term in state custody. This on top of the time she had already served in a state hospital and in jail.

Through a statement, Smart described Barzee’s release as “incomprehensible”, saying she was still trying to understand how and why the release is happening. Soon after her arrest in 2003, Barzee told investigators she helped her husband, Brian David Mitchell, kidnap Smart from her home in Salt Lake City in June 2002. Smart was 14 years old at the time and was held against her will for nine months. During the trial, Smart stated she was raped nearly every day, forced to drink alcohol, smoke cigarette, and watch Mitchell have sex with his legal wife, Barzee.

"Incomprehensible" NEW statement from Elizabeth Smart: “I was surprised and disappointed to learn of the pending release of Wanda Barzee." @ElizSmart responds to news that one of her kidnappers will be released from prison https://t.co/7VMkv8fJAD @KSL5TV @KSLcom @kslnewsradio pic.twitter.com/gunAJ95V88

Smart testified she was “sealed” to her captor in a marriage ceremony and shackled between two trees with a metal cable. She was found nine months after her abduction, walking down a street in the suburb of Sandy with Barzee and Mitchell. Mitchell described himself as a drifter and a prophet who called himself Emmanuel. Barzee will be released from Utah state prison next week where she spent the last two years. It has been nine years since she pleaded guilty to kidnapping for her role in Smart’s abduction, pleading guilty in federal court in November 2009.

She agreed to testify against Mitchell, who was convicted in December 2010,serving two life sentences. In 2010, Barzee also pleaded guilty but mentally ill to a state charge of conspiracy to commit attempted kidnapping, stemming from an unsuccessful plot to take Smart’s cousin. Barzee started serving a one to 15-year sentence in April 2016, completing her term in the federal kidnapping case. Prior to last week’s decision, her sentence would have continued through January 2023, and would not have been released until 2023.

Smart responded to the situation, stating she was disappointed and will work to ensure events such as these don’t happen to anyone else in the future. Her main concern was how authorities were able to release someone who has not cooperated with her mental health evaluation or risk assessments and did not show up to any parole hearing. In years since she was free from captivity, Smart, who is now 30, has turned her tragedy into triumph and since then has become an author, motivational speaker, TV correspondent, philanthropist, and a victims rights advocate. 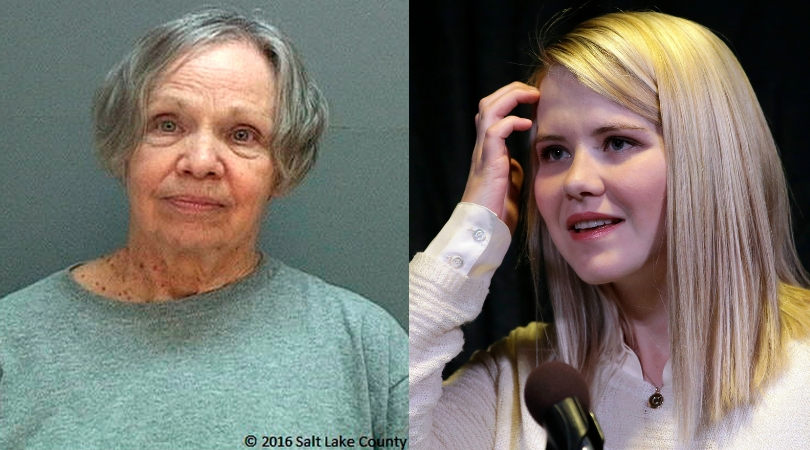