Actor Jussie Smollett appeared on “The View” on Friday to discuss his latest music video and the new season of his show, “Empire.”

In his new song, “F.U.W,” aka “Fucked Up World,” Smollett sings about the state of the world, and makes some veiled allusions to President Donald Trump and his administration.

.@EmpireFOX’s @JussieSmollett calls his new politically-charged music video his “opportunity and responsibility to represent everybody.” pic.twitter.com/8mWYmpD6oA

Given the topic of his song and his past comments about the president, “The View” hosts quickly engaged Smollett on politics. Smollett was specifically asked about a recent video featuring Snoop Dogg pointing a gun at a Donald Trump lookalike. Smollett deflected any criticism of Snoop Dogg and wondered what Trump said when similar things were happening to President Barack Obama.

RELATED: Ice-T chimes in on the Snoop Dogg video where he points a gun at “President Trump”

“Can you imagine what the outcry would be if @SnoopDogg, failing career and all, had aimed and fired the gun at President Obama? Jail time!” Trump tweeted after the video was released.

Smollett explained that he was reminded of photos and videos online of people lynching dummies of President Obama while he was president.

“Not once did I hear [President Trump] when he wasn’t the president step up on Twitter and say that those people should be put in prison,” he added. “You do not get to say that now.” 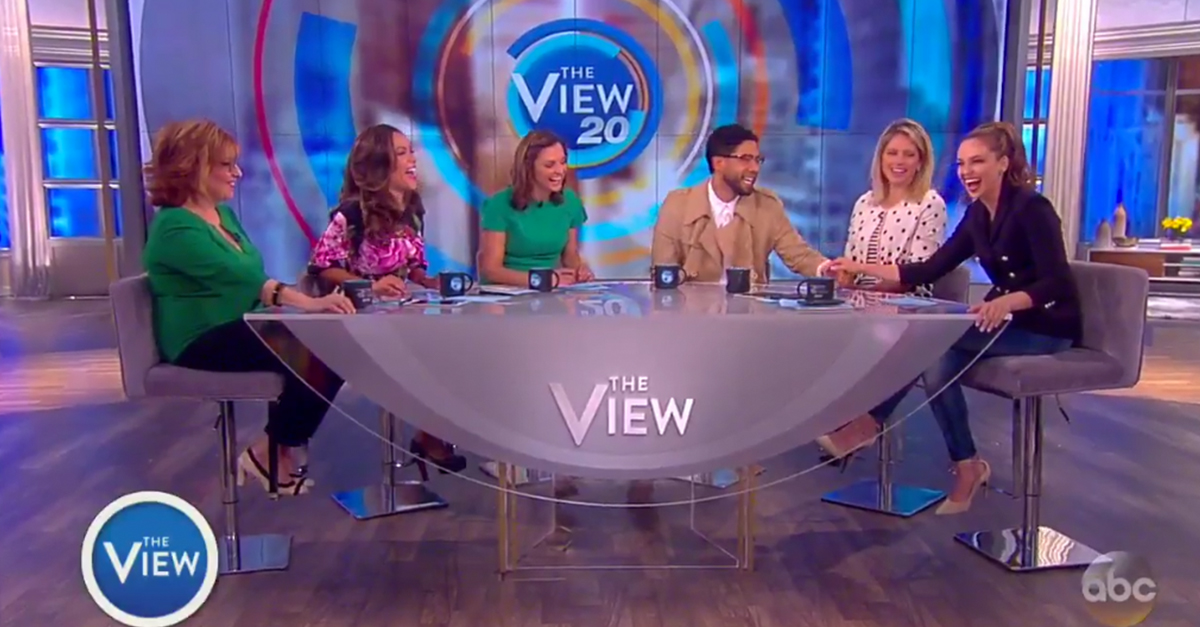