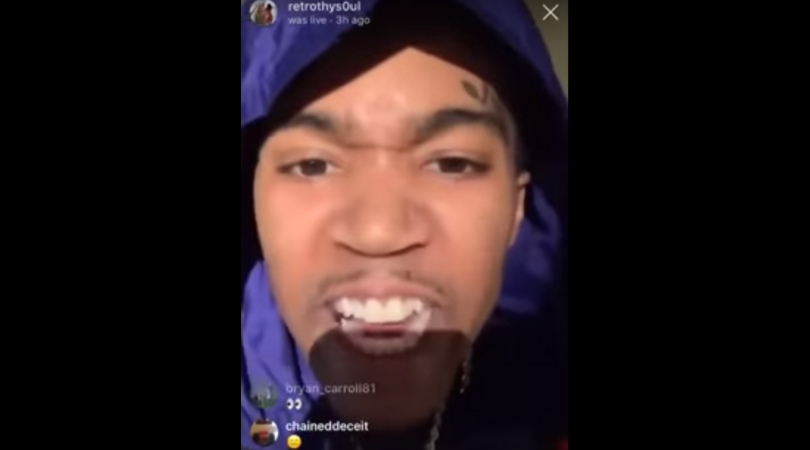 23-year-old Laforest Duron Gray Jr. was arrested in Windemere, Florida by Orange County Deputies after he fired a gun at them at point-blank range after a lengthy, heated argument over the domestic disturbance the deputies were responding to.

Though shots were exchanged between the suspect and deputies, no one was actually wounded by the gunfire. The argument and shootout were captured in a tense Instagram Live video posted by the suspect as well as by body camera footage from the Orange County Deputies.

The footage of the shootout was also put side by side with the body camera footage from one of the deputies.

According to reports, around 8:00 p.m. the Orange County Sheriff’s Office responded to reports of a man dragging a woman by her hair in the street. The witness who called the police was driving his car down the street when he saw Gray’s wife, who appeared to be distressed. At first, Gray’s wife refused the witnesses help but then came back, got into his car, and asked him for help. At that point, Gray pulled his wife out of the car by her hair and started punching her, according to the witness.

As seen in the video, deputies arrived and confronted both Gray and his wife in the garage. From there Gray began to berate the deputies and challenging them to fight. He is also heard calling his wife “bitch” multiple times.

Near the end of the confrontation, deputies allege that Gray pulled out a silver, .38 caliber revolver and fired it at the officer. Three deputies returned fire into the garage while Gray hid behind a Chevrolet Camaro. Gray was eventually subdued and arrested. Deputies say he was resisting arrest as they tried to put handcuffs on him. Gray was also bitten by a police K9 during the arrest.

Gray was taken to the Orlando Regional Medical Center and treated for injuries sustained during the incident before being released and booked into the Orange County jail. Gray is facing charges of attempted first-degree murder of a law enforcement officer with a firearm, domestic violence battery, resisting an officer with violence and burglary of conveyance.