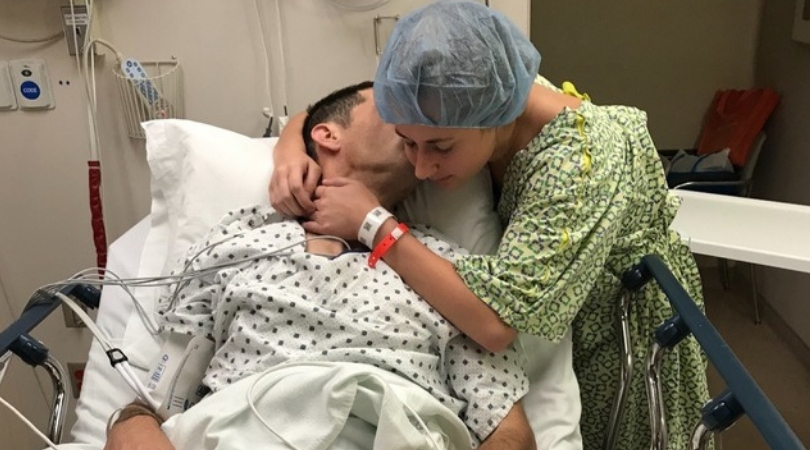 While most university students were starting classes at the end of August, a 19-year-old Kent State student was busy saving her father?s life. Maggie Martin, a sophomore interior design major from Stow, underwent surgery to remove her kidney and donate it to her 45-year-old father Jamie. Jamie Martin was diagnosed with stage 5 kidney failure and was told by doctors in November 2017, he needed to be added to the donor’s list.

Usually, the waiting list time for a kidney transplant is four to six years on average, which is why Maggie decided to help her father. With the help from her mother, Nancy, and doctors, she decided to test to see if she was a match. Maggie explained how she also spoke to her grandfather after he went through a kidney transplant from his brother nine years ago. She worked with a transplant team consisting of a social worker, coordinator, the surgeon, and the doctor who would perform the surgery; after several tests, she was cleared by the end of July. Her main motivation? Her father’s kidney function was lower than 10 percent and knew the wait would be three to five years. Through an interview with News 5, Maggie stated,

?I want my dad around the rest of my life, and I feel like I have two kidneys, why should I not? You can live off three-fourths of a kidney and I have two so why shouldn?t I give one away??

Maggie father had been suffering from Kidney problems for 10 years with no apparent cause or family history. Doctors did not recommend dialysis due to the strain it would put on him and instead was prescribed medication. Maggie’s mom was also tested to be a donor, but due to high blood pressure, was unable to be a candidate. A few cousins were also ruled out due to heart issues.

Before the surgery, the two stayed a few days at the Cleveland Clinic in separate rooms, but Maggie was able to see her father a day after their surgeries. She said she did have some pain and discomfort, but knowing she was helping her father, helped her get through it.

Jaime is now recovering at home, where he is following several restrictions following doctors orders. He has to weigh himself daily, take blood pressure medication and take his temperature every morning. The father also needs anti-rejection medication as well as monitoring water intake and check his urine output and follow a strict diet.

As for Maggie, a week after surgery, she is back at Kent State and is taking a full course load this semester. Yet, she does have restrictions that don’t allow her to carry heavy weights, and she must drink one gallon of water per day. The brave student stated she has no fear of living with one kidney, as long as she had her father. She encourages everyone to become an organ donor after it can save many people on the waiting list.