Kleenex Forced to Rename Their “Mansize” Tissues Over Cries of Sexism 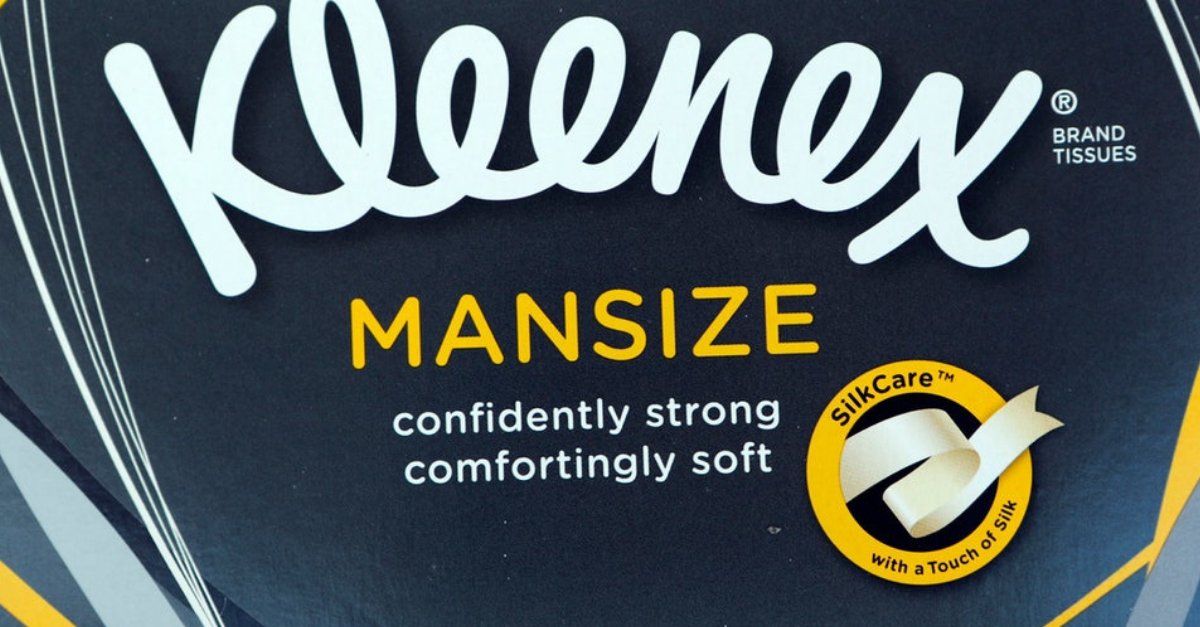 After 60 years Kleenex has decided to rebrand their “Mansize” tissues as “Extra Large” under the pressure of consistent outcry on social media about the name’s purported sexism. And you know what? Good.

In all seriousness, whatever. Mansize is neither offensive nor a good product name. It’s absolutely not worth it for Kleenex to dig in and fight this one out. The name of large tissues isn’t where anyone wants the line in the sand to be drawn. This isn’t where the gender war needs to start, though considering the usefulness of the conflict it’d be fitting to have some random Gavrilo Princip shit start it.

It’s still funny, though, that anyone would bother taking even five seconds out of their day to get upset over the name Mansize. It’d be one thing if the corresponding tagline to Kleenex’s Mansize tissues was, “No Bitches Allowed #Repealthe19thAmendment.”

As it stands, Mansize is just lame branding. (Also hilariously dumb. “Kleenex Mansize: The only tissues on the market capable of handling your big strong discharges.”) It’s the type of thing that I, a man, would roll my eyes at if I spotted it in the store. (Though somehow I’ve never encountered this particular type of tissue despite its apparent six-decade existence.)

But yeah, hooray for fixing this, um… problem?

Watch: The 8 Costco Shopping Hacks You Can Use to Save Money