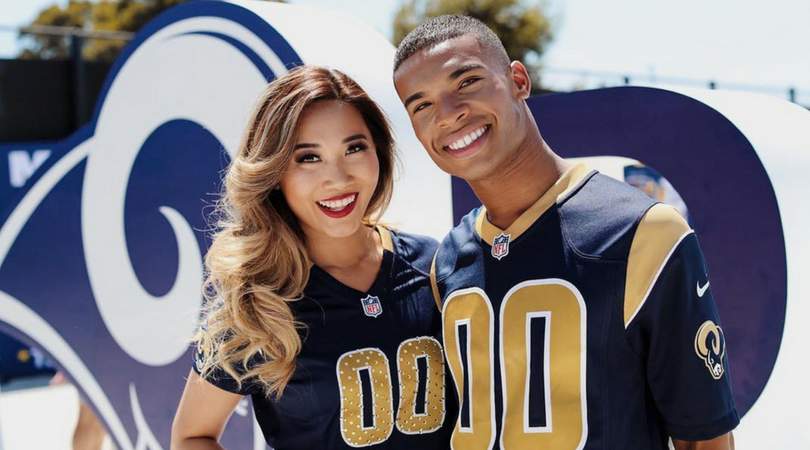 It?s a big day for NFL fans after the organization just announced they are taking a step toward gender equality. Soon, women won’t be the only ones on the football field sidelines in dancer uniforms. The New Orleans Saints and the Los Angeles Rams will have male cheerleaders dancing on their squads for the first time in history. Since March, the Rams’ cheering squad have been preparing for the NFL season, which includes dancers Quinton Peron and Napoleon Jinnies.

While there are no officials rules stating no male dancers are allowed on the team, no squad has ever employed a male dancer which is why it felt right to shake things up 64 years later. Cheerleading has been part of the NFL since 1954 when the Baltimore Colts added a cheer squad.

Right now, 26 of the 32 NFL teams have an official cheerleading squad. Other teams like the Baltimore Ravens at the Indianapolis Colts have stuntmen as well, but Jinnies and Peron will be dancing alongside their female teammates, practicing the exact choreography. Both male dancers have been proudly sharing their updates on their personal social media sites like Instagram and Twitter, thanking everyone for their supports.

Read More: After calling the NFL?s national anthem protests bad for business, one of their biggest sponsors just split

Had a great time cheering on the boys in blue tonight! And we got the “W”! Thanks for having us @dodgers 💙💙💙 ⚾️ • • • • #losangeles #dodgers #laramscheer #bleedblue #team

Couldn’t think of a better platform to announce this monumental moment! NEVER has the NFL had male dancers before until now and not just one but two! Thank you @laramscheer for truly showing we stand and welcome inclusivity. This is just the beginning, let’s do this. Thanks for having us #goodmorningamerica 💙💛

CNN shared that these men are not only following their dream, but inspiring others to do the same. 35-year-old Jesse Hernandez was also a dancer who auditioned for the Saints Saintsation team and will be dancing with the Sainstatios this coming season. All three men will make their big NFL debut on Thursday August 9, when the NFL preseason begins.

Although the official 2018 season is still more than 30 days away, it is already shaping up to be a historic one for the books. It?s no secret that the NFL has been a hotbed for controversy over the past few years, between arguments over whether or not NFL athletes should or shouldn’t be allowed to protest the National Anthem, as well as the controversy of cheerleaders often being exploited and underpaid, the news of male cheerleaders certainly brings silence to that noise.

Congratulations to these amazing dancers for all their hard work!