A man in Gainesville, Fla., crashed his vehicle in a Lowe’s Home Improvement store and began to saw lumber inside of the store.

“He drove in through one of their big bay doors. He got out, took a circular saw out and started cutting some lumber. He threatened some of the employees,” recalled Sergeant Stephen Girard to Gainseville.com.

Employees reportedly attempted to stop the man before calling the Gainesville police.

RELATED: A veteran was fired from Home Depot after he decided to confront three shoplifters

When police arrived on the scene, they attempted to stun the man in a struggle.

“He was very combative, but I don’t think he realized what was going on — he couldn’t comprehend the orders we were giving him,” Girard added, making sure to explain that the stun function on the officers’ Tasers did not release the device’s probes. According to Girard, the Taser was brought out as a backup and failed when used.

The man was taken to a mental health facility after he was successfully restrained. 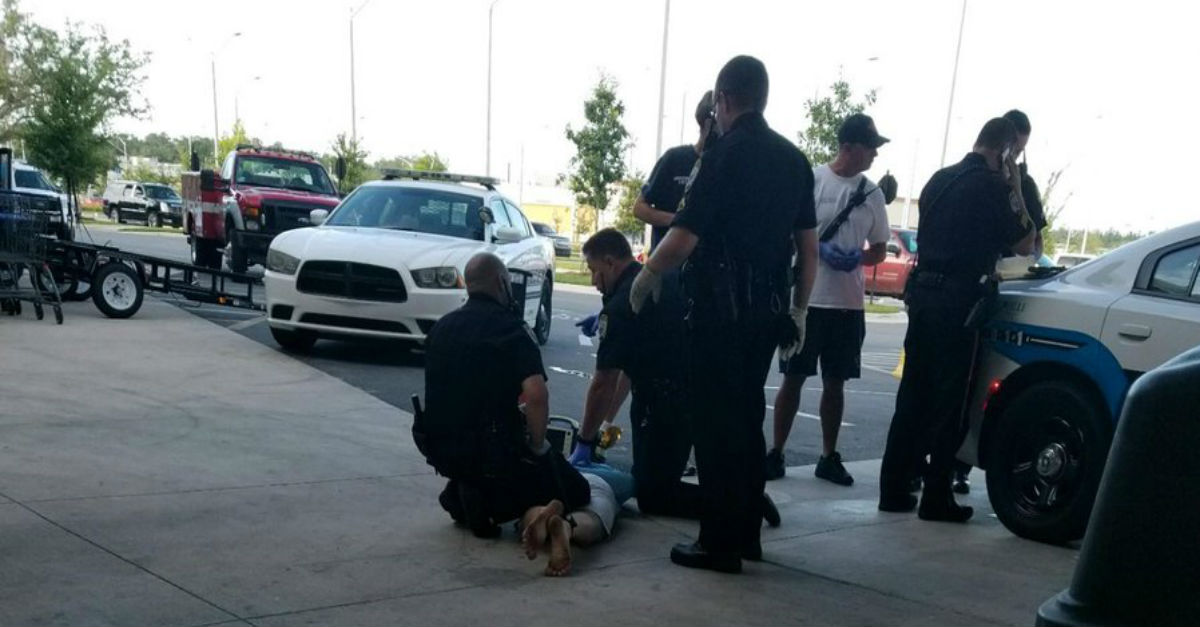