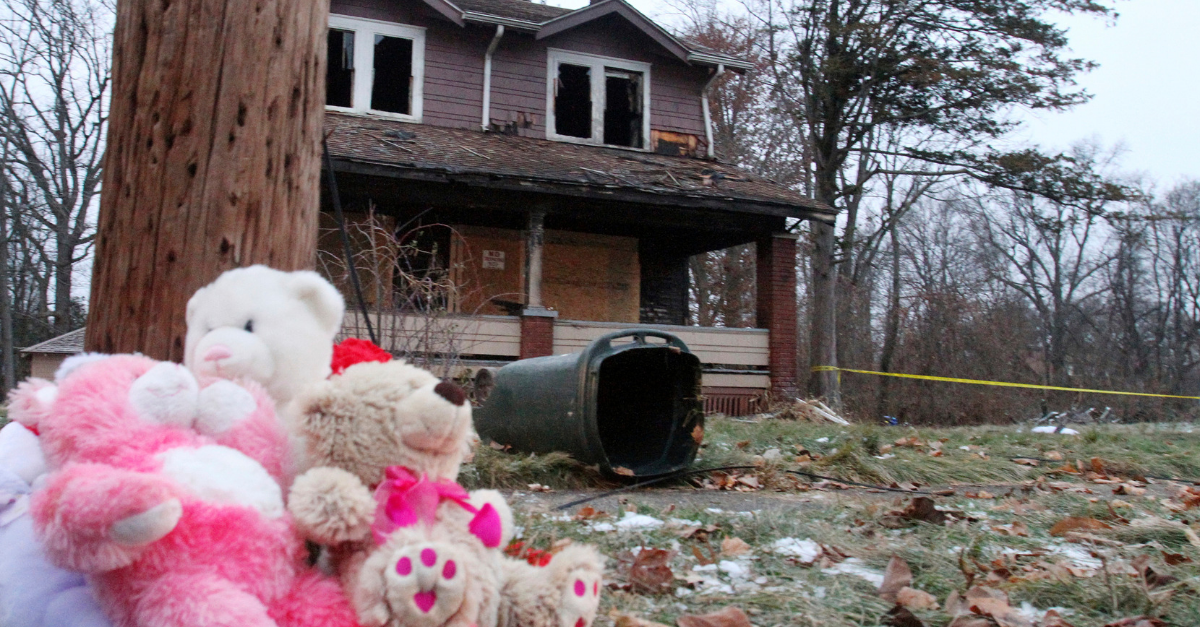 YOUNGSTOWN, Ohio (AP) ? Five children, including 1-year-old twins, died in a late-night fire that swept through a house after neighbors were awakened by a loud boom, firefighters said.

The only survivor was the children’s mother, who jumped out of a second-floor window Sunday night, according to Youngstown Fire Capt. Kurt Wright.

The other three children who died were ages 9, 3 and 2, he said.

State and local investigators were just beginning to search for a cause of the deadly blaze. Fire officials said so far, there’s nothing that indicates the fire was suspicious.

Most of the damage was on the home’s first floor, leading investigators to believe that’s where the fire started, Wright said.

Deborah Rivera, who lives across the street, told the Youngstown Vindicator she heard a loud boom and called 911. Her boyfriend, Justin Viera, said flames were shooting out of the first-floor windows.

Neighbors told WFMJ-TV the family had just moved into the house about six months ago. The two-story wood home was built more than 90 years ago.

“We have a relatively young department and most the guys have children. So it hits pretty hard and the fact that it’s so close to Christmas hits even harder,” said Youngstown Fire Chief Barry Finley.

Firefighters found flames throughout the home’s first floor when they arrived and were able to pull out three of the children, but they died at a hospital, Wright said.

The mother was taken to a hospital and is being treated for injuries, he said.

One firefighter was treated at the scene and another was taken to a hospital for treatment and released.

A memorial to the children was beginning to grow outside the home.

Melissa Thomas did not know the victims, but stopped with her daughters Elissa and Marissa Simione to drop off stuffed animals in honor of the children.

Watch: Go inside of the blaze on a live-fire exercise with real firefighters