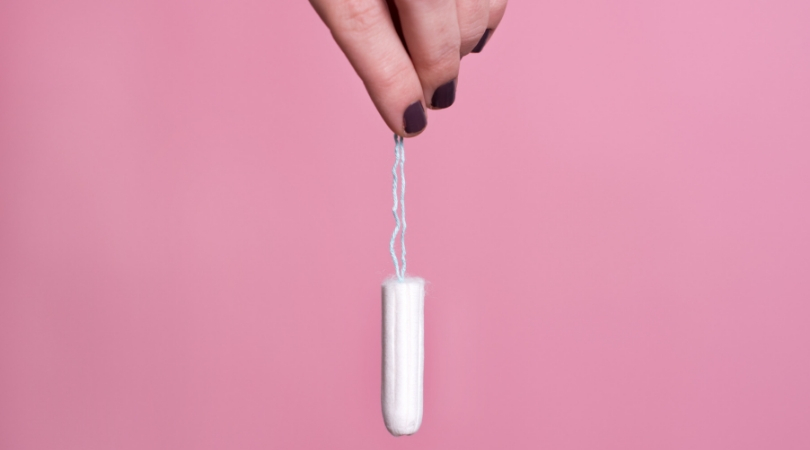 Move over teenagers, it looks like the Roman Ancients were the first ones to start those ridiculous tampon challenges! Turns out our great-great-great-grandparents had a different idea when it came to medicine that helped cure pain and aches. What did they use? Opium-soaked tampons!

I know, I was shocked as well. According To Liz Sherman, executive director of the New Orleans Pharmacy Museum, this was completely normal in the 19th century. Depending on the woman’s need, the tampons were soaked in opium and belladonna. The opium was used to relieve pain and belladonna was used to “dilate and relax the vagina.” Yup, say goodbye to ibuprofen and acetaminophen.

Sherman said the majority of opium users were middle to upper-class woman. While it wasn’t “socially acceptable” for women to patronize salons, apparently there was nothing wrong with slipping in an opium-soaked tampon or a morphine lace tonic, here and there. But don’t worry, women weren’t doing this to get immensely high (Pft, sure.), rather actually used them for medicinal reasons. Tampons were just one way to administer drugs faster and easier.

In the early 1900s, tampons were soaked in opium and belladonna to help combat menstrual pain. TBH, I could go one of those rn. pic.twitter.com/n9oGcGp00v

According to the Hippocratic Oath and the Ethics of Medicine, Romans not only used wool tampons soaked with opium, but would also soak them in poppies, boiled honey, bitter almond, sea onion, ox marrow, and more! Why someone would like to soak a tampon with bitter almond oil is beyond me, but okay, I’m sure there’s a medical reason behind it.

It’s safe to say that tampons have been around for millennia, but they haven’t always looked the same. Although they were originally invented in the 20th century, similar versions of it started to make their way around in the 19th century. Early versions were described as the “ancient practice of introducing into the vagina, in the case of profuse menstruation.” At the time, tampons were plugs that meant to soak up menstrual blood. The opium was used to alleviate both stomach and bowel movements and used as a pain reliever to relieve severe menstrual cramps. So, technically, they were Midol but with a way higher amount of medicine in them. I’ll take two.

Safe to say tampons have come a long long way. If only teenagers would stop eating them.