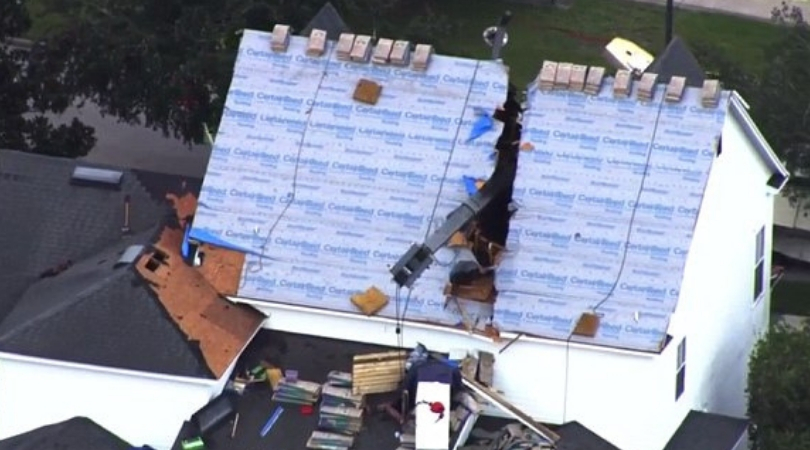 It’s another headline day for Florida, after a construction crane fell on an Orlando residence, splitting the house into two pieces. The incident occurred on Lower Park Road in the city’s Baldwin Park neighborhood. According to an Orlando police officer, the construction company that was operating the crane had dispatched two other cranes to lift up the one on the house.

A video from a Baldwin Park residents’ surveillance camera shows the exact moment the crane toppled over, landing on top of the two-story home and splitting it down the middle. One can see the crane lying directly on top of the roof at the home, and a truck toppled over, elevated off the ground due to the weight of the crane. No other houses around the area were affected.

The general manager of Gold Key Roofing, Trevor Switzer, stated his company ordered shingles from a manufacturer for the roofing job. The owners of the home and their two children were not inside the residence at the time of the incident, but were allowed to go inside the first floor to get any belonging they could save. Officals stated the home was unlivable and it is unknown how long it will take to repair the home.

Orlando Fire Department officials immediately shut down the road when crews responded to the scene, taking two hours to remove the fallen crane from the home. Beyel Brothers Crane and Rigging, the company that owns the equipment, stated the ground the machinery was on was wet instead of compact, which could be why the crane collapse. The operator is a veteran in the industry and completed training from the National Commission for the Certification of Crane Operators.