Quality of life has taken a nosedive in 21 U.S. states — see if yours is on the list 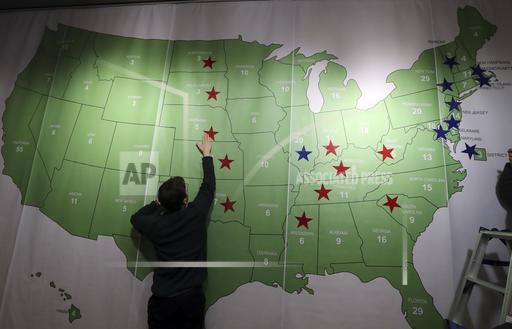 If you felt like you had a pretty crummy 2017, you are definitely not alone. People in nearly half the country say their quality of life declined last year, according to recent polling.

In 21 states, residents saw well-being scores decline last year in the Gallup-Sharecare Well-Being Index. The other 29 stayed the same. And, for the first time in nine years of the pollsters tracking changes in state well-being, not a single state state saw improvement from the year before.

The states with the most satisfaction? South Dakota and Vermont tied for the top spot, with Hawaii close behind — a regular in the top five. Minnesota came in fourth, and North Dakota was fifth.

South Dakota’s low unemployment rate of 3.5 percent likely helped propel the state into the top five for financial and community well-being. South Dakotans reported few major worries and little stress on any given day and said they like what they do. Vermonters said they find deep satisfaction with their relationships.

West Virginia has the lowest well-being, followed by Louisiana. West Virginia is usually at the bottom of the list, according to Gallup. The state’s already high obesity and diabetes rates contribute to the lack of satisfaction with quality of life there, and being home to some of the worst problems of the nationwide opioid epidemic, including a 21 percent increase in opioid-related overdose deaths on the year, is a contributing factor.

The survey quizzes more than 160,000 Americans and factors in a lot of variables when it comes to defining “well being,” including:

Purpose: liking what you do each day and being motivated to achieve your goals
Social: having supportive relationships and love in your life
Financial: managing your economic life to reduce stress and increase security
Community: liking where you live, feeling safe and having pride in your community
Physical: having good health and enough energy to get things done daily

Overall, those surveyed generally reported more worry, little interest in doing things, depression symptoms and perceiving less “positive energy” from family and friends. Fewer people reported having a someone in their lives who makes them “enthusiastic about the future.” There was also a decline in the number of Americans who said they are reaching their goals and happy with their standard of living.