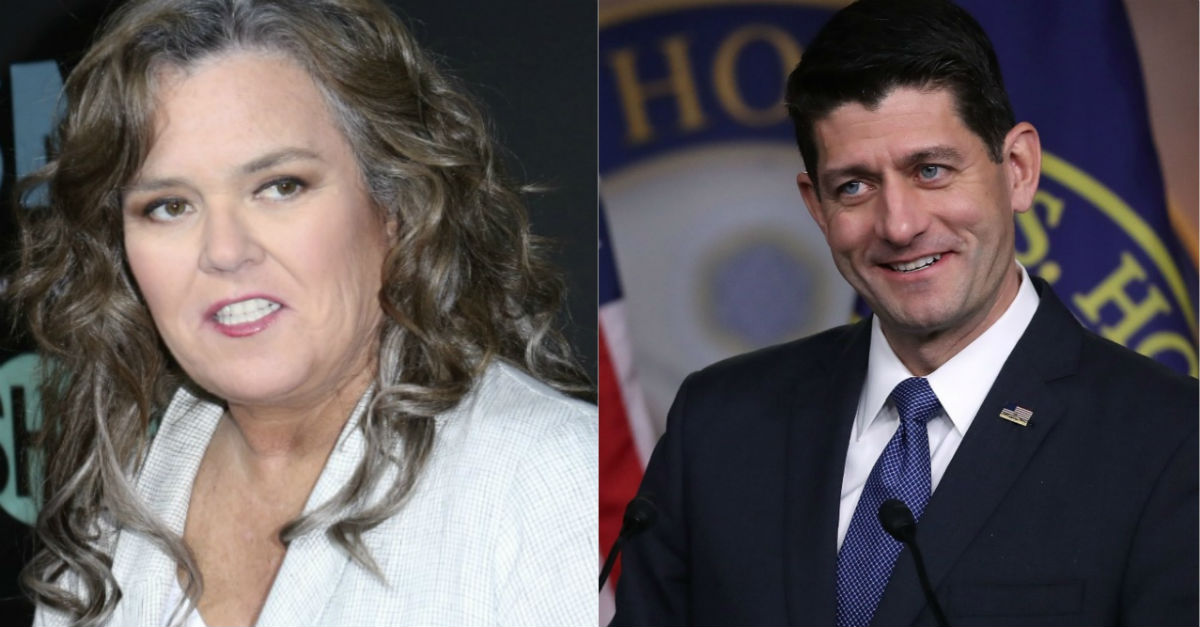 Rosie O’Donnell decided to get into the Christmas spirit by giving one of her least favorite politicians a less than kind holiday greeting.

House Speaker Paul Ryan tweeted a video of himself speaking of the spirit of Christmas and recalling the story of Jesus’ birth during a Christmas tree lighting ceremony.

At the end of each year, no matter how short—or long—it may feel, there is always Christmas. Waiting for us is that sense of wonder the shepherds felt when the angels appeared in the night sky to herald the birth of a Savior. pic.twitter.com/oFdj7EIyzS

Shannon Watts of Moms Demand Action quoted the video to tell Ryan that “Jesus was a brown-skinned Middle Eastern undocumented immigrant” who “condemned the greedy and commanded us to serve the needy without condition.”

O’Donnell shared the tweet and added her own commentary.

“[Don’t] talk about Jesus after what u just did to our nation,” she wrote, adding that he would go “straight to hell.” She also called him a “screwed up fake altar boy,” referencing his Roman Catholic faith.

paul ryan – don't talk about Jesus after what u just did to our nation – u will go straight to hell u screwed up fake altar boy #JUDASmuch https://t.co/gJ8VreyxAX

RELATED: 2 of Donald Trump?s loudest critics gathered in one place, and it went exactly as expected