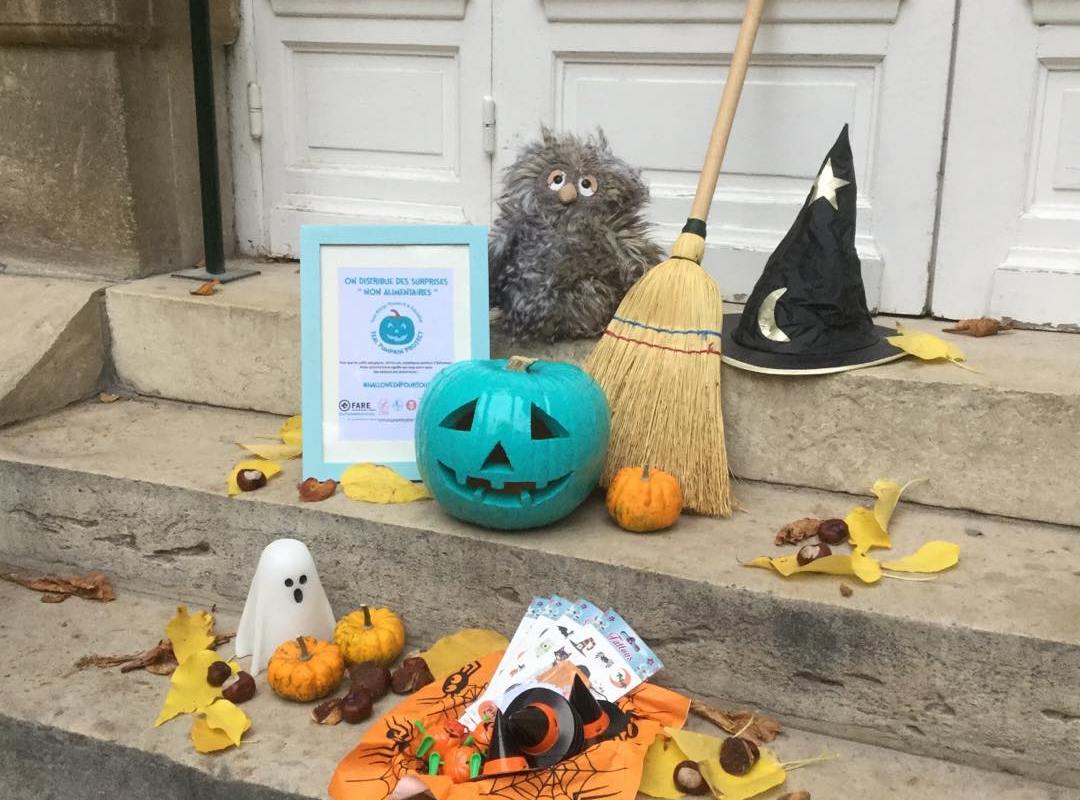 Having a child with a food allergy is a big responsibility for parents, especially when it comes to trick-or-treating. It’s crazy how bad a situation can get if the child is unaware of their allergies or if they accidentally eat something they aren’t supposed to eat. So, to avoid these situations, several neighborhoods are putting teal pumpkins outside their front porches.

Teal-colored pumpkins, whether an actual pumpkin or a simple paper cut out one, indicates that the home is participating in the Teal Pumpkin Project. The initiative dedicates the project to children who have severe food allergies, swapping Halloween candy bowls for trick-or-treaters to enjoy. Families usually choose to hand out non-food treats such as glow sticks, Halloween stickers, bouncy balls, spider rings, and non-food goodies. Why teal? Teal is the color of food allergy awareness.

The initiative was created by the Food Allergy Research and Education in 2014, where they invented a “fever map”, an interactive map that shares the location of households participating in the Teal Pumpkin Project. According to FACE, several houses in 50 states, as well as 14 separate countries, are reportedly participating in the project. The organization has teamed up with Michaels, CVS, and Oriental Trading, which have continued to create an awareness movement, as well as more visibility at the retail level.

Why are teal pumpkins important?

Simple. Food allergies are no joke when it comes to children, especially if left alone. Families dealing with allergies sometimes prefer to sit the holiday out, rather than risk exposing their children to allergens. Since food allergies are on the rise, it is important to make Halloween happier and safer for kids. Children who are affected the most are usually those who suffer from severe peanut and tree allergies (the most common life-threatening allergies) as well as reactions to eggs and milk. Bringing an allergic child to a house with a teal jack-o’-lantern allows them to safety ask for treats, where they will receive a toy or non-food item they can enjoy without having any allergic reactions.

So happy to be participating in @foodallergy’s Teal Pumpkin Project this year! Making it so kids with food allergies can trick or treat too! 👻🎃 #trickortreat #halloween #tealpumpkinproject #teal #pumpkin #project #2018 #halloween2018

How do you participate?

As simple as it sounds: grab a pumpkin and paint it teal. You can also stock up on non-food treats and make sure to separate them from any candy item to avoid contamination by using separate bowls. Let people know you’re on the “Teal train” by tagging your home with a sign saying you are participating in the project, or have an actual teal-colored pumpkin visible for all. FARE’s website also has free resources to help you get involved, everything from downloadable signage, templates for carving pumpkins and ideas for treats.

Is teal the new orange?

Watch: 19 Animals That Truly GET Pumpkins