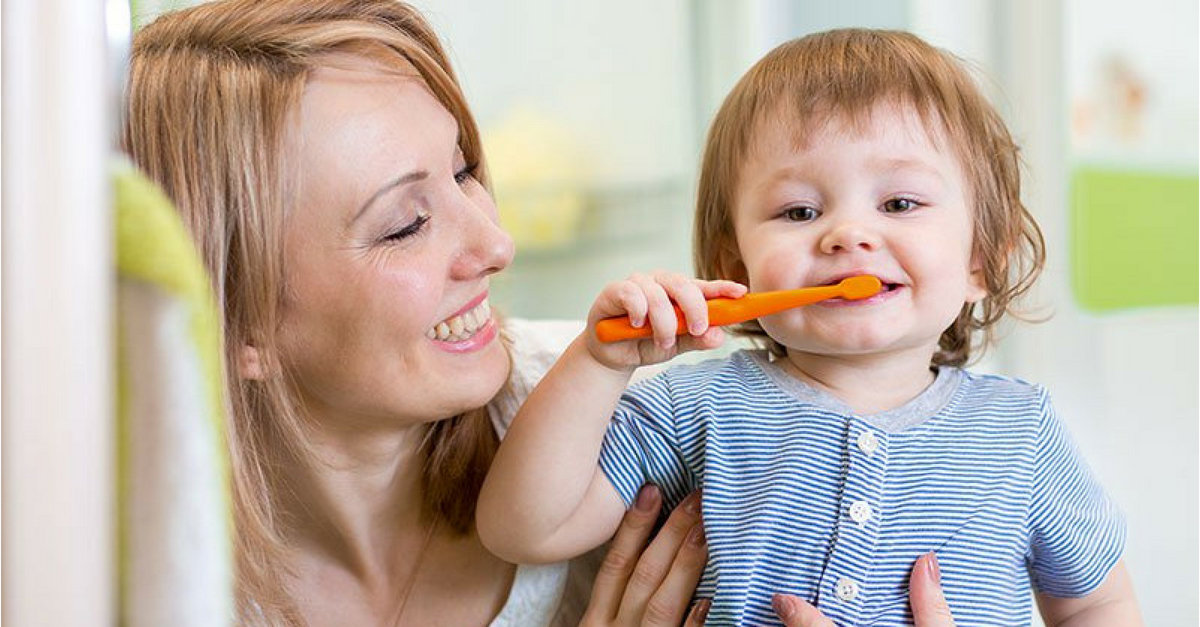 There is nothing worse than a toddler yelling and crying on the grocery store floor because he has given up on life. All he wanted was a doughnut from the bakery aisle, that he probably won’t finish, but he wants it anyway because he saw it. Yet, you know you can’t give it to him because then he won’t take his nap, meaning he will be up all night keeping you up all night, and it will ruin your sleeping pattern. So there he is, kicking away with all his might, trying to convince you otherwise. So you do what any parent would do to avoid being in that situation. You give him the doughnut. Don’t worry, we’ve all been there.

As parents, it’s safe to say it’s always going to be a never-ending learning experience. It’s as if Pandora’s Box opened up, and what worked the previous day for your child doesn’t work for them the next, so then you’re stuck in the same boat you were the day before. It’s an endless game that, unfortunately, we have to play and adjust to, because that’s life for you.

So, how exactly can you trick children into thinking they got their way? That is actually a question that no one can answer, because yes, Pandora’s Box. But, there are ways to play around with the situation, and actually see change and basically outsmart them without them knowing. It all comes down to communication and knowing your child’s tendencies. Now, I am no expert in children, obviously, but I do know a thing or two about toddlers trying to battle a situation out with a “grown-up”.

Think about it, at the end of the day, no one likes to be told what to do or how to do something. It’s the same for children. Once they are told to do something they will automatically shut down or do the opposite. It’s basic human nature. Young kids will push back on what we try to force them to do. So here is what you can do to make them think they have the upper hand.

I know, I know, this one is a tricky one to do. But, if you want your child to do something, you have to make them think it was their idea. The tug of war is a healthy declaration of their growing independence, so that is actually a good sign. According to Laurence Steinberg, author of The Ten Basic Principles of Good Parenting, children are known to develop “the oppositionalism of toddlerhood.” This is the official name of the “tug of war phase.” The solution to this would be pretending you don’t want your child to do something, and they will do it.

For example, if you want them to put on a sweater, tell them you don’t want them to put on a sweater, and boom, they put on the sweater. If you want them to eat their vegetables, eat them all from your plate and say out loud how good they were. If your child refused to eat them, pick up their plate and say nothing.  This will immediately spark their interest by seeing how much you enjoyed it, so they will snatch the plate right back and eat what you “enjoyed.”

Reverse psychology usually works best with toddlers, since the age group seems to instinctively enjoy doing things that go against their parent’s will. Using reverse psychology and means to achieve compliance can allow a child to feel as though they are in charge. Now, when using this tactic, you want to make sure it is always non-threatening and humorous. It’s a way to let children feel they have outsmarted you, so using it infrequently with kindness and lightheartedness is unlikely to harm a child. (Provided it doesn’t progress to shaming or manipulation.)

Like I said, it’s a never-ending game that we just have to follow along because they want us to. Kids love to play, so making something fun will more likely get them on board and gain their cooperation. Reverse psychology works by using your child’s natural desire for independence, and of course, defiance to get what you both want. In other words, happy toddler, happy parent.

This is the ultimate “yes, but…” move. This allows your child to have an illusion of choice. For instance, say your child wants to go outside but you want them to finish their dinner first. The first thing you should do is never say no. Rather say, “Yes, you can go outside, but after dinner.” This allows the child to know that he or she will go outside but something must be done first before they can go. It comes down to cooperating with them so they can understand the basics of choice. If you want your child to be cooperative, you have to be the better person by being the more mature one and lead by example.

Saying things nicely, inviting, and working together to find a solution to a problem you are laying a foundation of trust and teamwork. Sidetracking them by offering another solution, rather than a flat-out no, is harder for them to resist. This allows them to better behave by having the freedom to do and explore everything at their own pace, the way they want to. Kids need to feel like they are in control of the situation, by doing so they can go through a process of self-discovery and self-awareness. It’s very important to give them the freedom to act a certain way and choose how to handle the situation by their own means.

Another important factor in the illusion of choice is repetition. This is a mistake we pretty much all make, we think they didn’t hear us so we repeat it. Wrong, those sneaky little under-3-feet-tall-humans did hear us, but they are just choosing not to. Trust me when I say that repeating yourself is the last thing you want to do if they aren’t cooperating. Your child heard you the first time. By repeating yourself you are simply training them to stop, listen, and wait for you to get frustrated by the act.

Why is this? Well, children are discovering all sorts of things when they are younger, including your emotional and social dynamics. When they throw you off your “A-game,” resulting in you getting upset or frustrated, they are getting “data” about how to get what they want and what might cause you to reconsider. Don’t. Fall. For. Their. Schemes. Remain cool, and maintain clear boundaries when they test you, and learn how to get around you if you don’t.

Staying one step ahead of your child isn’t a quick solution, so much as a smart way of thinking. Most tantrums are caused by fatigue, hunger or frustration, so it’s easier to recognize those things before the tantrums actually begin. Staying a step ahead comes down to the consistent routine and expectations. Avoid the meltdowns by anticipating the tantrum mode altogether by preparing in advance for changes in routine. Of course, if you have a child, you know that rules are pretty much non-existent when it comes to them. One last trick that you can keep up your sleeve to trick your child into thinking they got what they want: play the game. Simple as that. You know them best, so play it out.

A child will almost definitely always think what you told them is their choice. It’s part of their egocentric nature. The trick is turning that egocentrism to suit your will. It’s like a jiu-jitsu move. You can also try the “being forgetful” tactic. Instead of asking again, think ahead and try a different method. Invite them to remind you of what you said a few minutes ago. This allows the child to be the “smarter one” by reminding you of the task. If there is one thing a child loves it is being smarter than adults.

this picture perfectly encapsulates all my feelings about June and July. 😍☀️🍦😎 . . . . But, time marches on as it always does, and we’re over here standing on August’s doorstep ready for what’s next. Because, if there’s something I’m learning as I reflect on the end of each month, it’s this: The looking forward to what’s to come is far superior to the wishing to hold on to the past.

So out of all of these, what is our best advice? Honestly, pretend everything is great even though you want to yell out to the world. Your attitude is the most powerful tool you have. It is ultimately going to make or break any situation when it comes to a fussy child who won’t put his shoes on or who won’t eat his Brussel Sprouts. Using positive language lessens the blow of meltdowns and makes simple mundane tasks seem interesting and fun. Intriguing the child will ultimately allow him to think everything is fine. At the end of the day, you have to teach your child to look on the bright side himself. If things don’t’ go right don’t let them know something wrong, rather ask them to think of a solution, if the situation permits.

Read More: Children Should Never Be Left Alone in a Hot Car, But It’s Still Happening